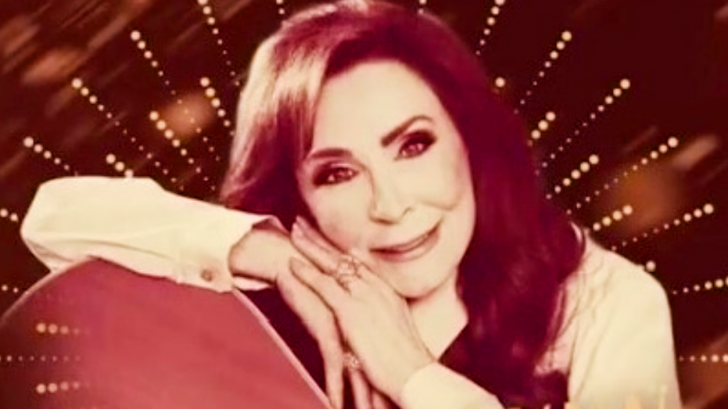 In a historic move, CMT named an all-female list of honorees as the 2018 Artists of the Year. The ceremony in their honor was all about recognizing the contributions that female artists have made to country music in both past and present.

Posted by CMT Artists of the Year on Wednesday, October 17, 2018

In addition to honoring those seven talented ladies, CMT also wanted to recognize one of the genre’s legendary female artists with its Artist of a Lifetime Award. The artist they chose was none other than Loretta Lynn.

We all love this "Coal Miner's Daughter!" Take a look at our Artist of a Lifetime, Loretta Lynn Official.

But if you tuned in to the ceremony on Wednesday night (October 17), you likely noticed that Lynn was nowhere to be seen. When it came time for her award to be presented, Sissy Spacek (who played her in the movie Coal Miner’s Daughter), accepted the award on her behalf.

If you paid close attention to Spacek’s speech, she revealed the reason why Lynn was unable to attend that night. She apparently had every intention to attend the ceremony, but fell “under the weather” and decided it was best not to come.

“She’s so sorry she couldn’t be here tonight,” Spacek said. “She’s a little under the weather. I saw her earlier today, and she was so excited about this award.”

Earlier in the night, Lynn took to social media to let everyone know why they wouldn’t be seeing her at the Artists of the Year celebration. “Well Y’all, leave it to me to go and get sick on the very night all my friends are getting together to honor me…” she wrote.

Even though Lynn wasn’t able to be at the awards in person, she said she would be watching from home and would be “there in spirit.”

Well Y'all, leave it to me to go and get sick on the very night all my friends are getting together to honor me at the…

Lynn’s spirit was felt throughout the room that night, as a large portion of the ceremony was dedicated to honoring her and her music. Martina McBride, Dierks Bentley, and Sheryl Crow all came together to perform a few of her songs, which everyone in the crowd had a blast bopping along to.

You can check out that medley performance by tuning in to the clip below.

We’re sorry that Lynn was unable to attend the Artists of the Year celebration. Hope she gets to feeling better soon!