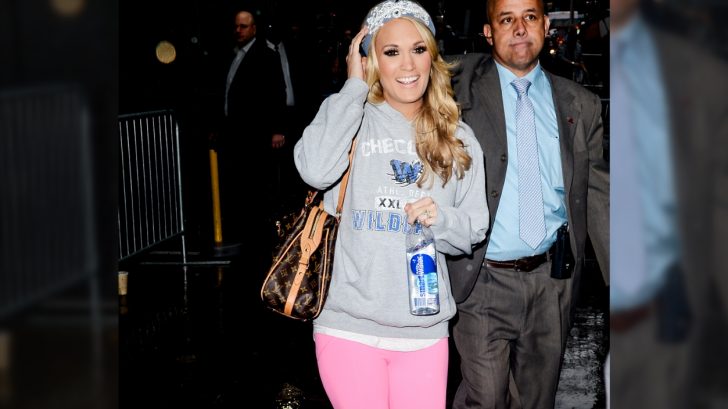 Pregnant with her second child, the gender of Carrie Underwood‘s baby has already been revealed by her publicly – if you listen to some fan theories.

Taking to social media on Wednesday, August 8th, Underwood made one of the biggest announcements of her career: a full-throttle tour with many stops, and that she was pregnant with her second child!

Welcoming a new “fish to the pond,” Underwood said that she, husband Mike Fisher, and 3-year-old Isaiah were “over the moon” with excitement for their growing family. Additionally, she expressed how grateful she was to be able to share this special moment an experience with fans.

Following her announcement, Underwood’s fans explained exactly how everyone missed the biggest part of the announcement: the gender reveal.

“We plan on having a girl…I don’t know if you can do that, but at some point, we’d really like that.” Underwood joked to Entertainment Tonight in a 2014 interview.

Although she and Mike want to have a girl, fans say that there was a hidden clue in her announcement to give away the gender – and it’s all in the color choices.

I wonder if @carrieunderwood is gonna let @BradPaisley reveal the gender of her baby on the CMAs like she did last time? Or was the pink jacket and background in the announcement video a hint?!

I thought the Pink Balloons were for a girl..

Fans are either reading way too much into the color choices for the baby announcement or Carrie Underwood has finally revealed her baby’s gender – with a totally pink room and ‘baby pink’ colored jacket.

It’s possible that the pink was more meant for the tour announcement as that’s part of the album art’s color scheme for Cry Pretty.

What do you think? Did she plant a subtle hint in this announcement? Let us know below.