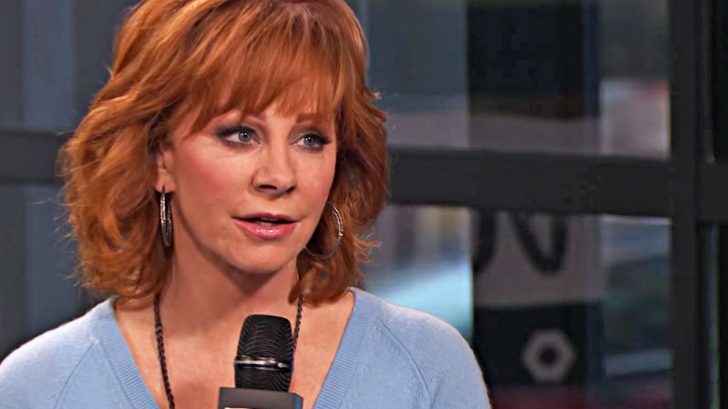 Just hours after being announced as the host of the 2018 ACM Awards, Reba McEntire has expressed her disappointment with some of the news revealed about the award show earlier.

McEntire has been a host for a variety of country programs over the years, most recently hosting the CMA Country Christmas event this past holiday season. Now, the 62-year-old music superstar is taking over hosting duties from Luke Bryan and Dierks Bentley. This won’t be McEntire’s first time hosting the ACMs either, she hosted the show by herself from 2001 – 2010 before bringing Blake Shelton along for the ride in 2012.

But something about this year is different. Something that has left her feeling “disappointed.”

Taking to a brand-new interview with Entertainment Tonight, McEntire opened up about returning to the hosting role for 2018 and explained her feelings on this year’s nominees.

“I really enjoy hosting,” she said enthusiastically. “It’s very exciting, I love live television. So, to be able to know the ins and outs and who’s doing what and be there for the rehearsals … it’s just fun.”

To-date, this country queen is the reigning ACM champion, holding a total of 16 awards – going all the way back to the early days of the show’s beginnings, but she’s having a problem with this year’s Entertainer of the Year nominees…

“It’s disappointing that there’s no female in the Entertainer of the Year category,” Reba continued. “But the country music business is very cyclical. It’ll go very traditional with the music or it will go very contemporary. The girls dominate or the boys dominate, so, it’s coming around. I have faith.”

The 2018 nominees for Entertainer of the Year are Jason Aldean, Garth Brooks, Luke Bryan, Chris Stapleton, and Keith Urban.

Even though she’s disappointed in the lack of female presence in that category, she says she’s looking forward to this familiar hosting setup – and fondly remembered the last time she had the role with Blake Shelton.

“The last time I hosted was with Blake Shelton. I don’t think he changed clothes one time and I gave him a lot of grief about that, but I’ve gotten my clothes ready,” she says. “I’ve gotten six ready to go, one for the red carpet, and then for the show, and then in case something doesn’t work or malfunctions, you’ve got one, you know, ready to go again.”