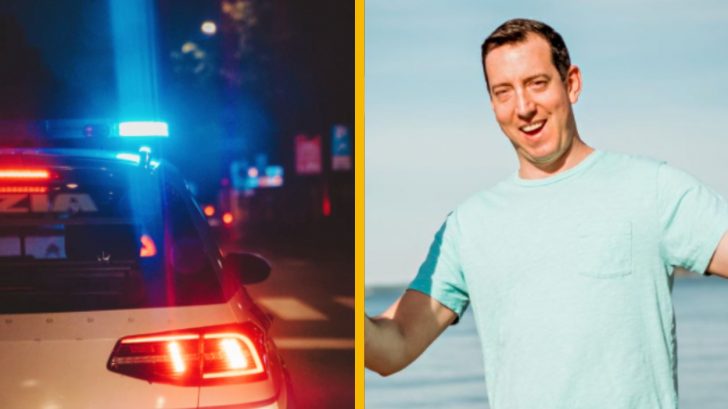 NASCAR is on a two-week hiatus due to NBC broadcasts of the Olympics, and Kyle Busch is taking the opportunity to enjoy a vacation in the Bahamas.

Kyle might not be racing around the track this week; however, the NASCAR driver still took fans on a wild ride. Kyle has been documenting his vacation on social media, which has included a series of drinking and twerking videos. Only, fans became concerned after one of the videos appeared to document a run-in with the law.

Fans began to speculate if Kyle had been arrested after a video surfaced of police seemingly chasing down his party’s golf cart. Following the video’s debut, NASCAR fans took to Twitter to voice their concerns.

We’re past 2 hours of the Kyle Busch drunk golf cart police “chase” video being up on Instagram. No updates to the Insta-Story.

I hope KFB and wife are back at home passed out drunk after a hell of a vacation day. Or we’re gonna wake up to someone being arrested. Either or.

See the full video below.

Good to see Kyle Busch really getting back to NASCAR’s roots on his vacation this week pic.twitter.com/Yn4FHF0NOU

The following day, Kyle appeared in a parody “press conference” video. The NASCAR driver confirmed that “things did get a little rowdy last night,” but Kyle did not elaborate further.

While the outcome of the police chase remains a mystery, at least fans know Kyle is not spending the rest of his vacation in jail. For more on Kyle, check out the following clip.