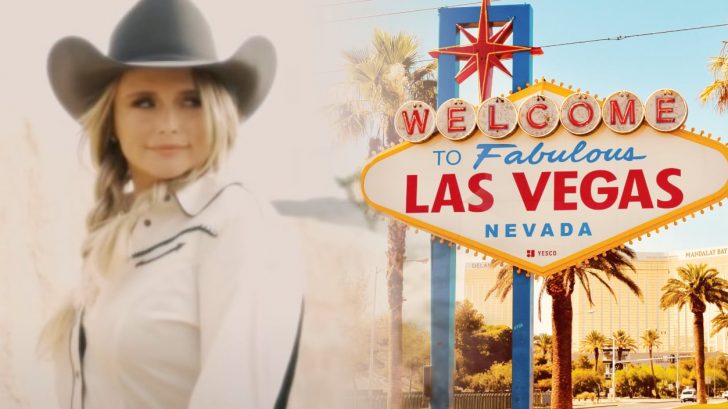 Back in March, Miranda Lambert announced she is kicking off her first-ever Las Vegas residency later this year. Called Velvet Rodeo, the residency will be held at Planet Hollywood’s Zappos Theater.

The residency’s first show will be on September 23. Lambert has additional dates scheduled in September, October, November, and December of this year. She’ll take a brief break before returning for more dates in March and April of 2023.

Lambert is now two months away from the start date of her residency. As that day comes closer, Lambert is starting to feel a bit nervous about the whole thing.

“I’m a little scared,” Lambert admitted in a recent interview with Billboard.

But Lambert said she’s glad she’s worried about her residency, because that means she cares a lot about putting on a good show:

“…being nervous means I have such a passion for what I do,” she said. “I’m writing out the set list and getting a feel for where I think it should go. I haven’t even started with wardrobe and all that stuff yet, but the idea of more fringe and rhinestones sounds pretty cool to me.“

Lambert said she’s learned a lot by watching other country artists’ performances in Las Vegas. She plans to follow their lead when it comes to creating her own residency:

“In December a bunch of my road team went with me to see Brooks & Dunn, Shania Twain and George Strait,” she detailed. “What I learned from those shows alone was that you’re in Vegas because you built a catalog, so play the songs that people know and love from you. That’s really what I’m sticking with.”

Lambert will also have lots of new material she can pull from for her residency. She released a new album, Palomino, in April. Listen to one of its songs below.

Do you have plans to see Lambert in Las Vegas?