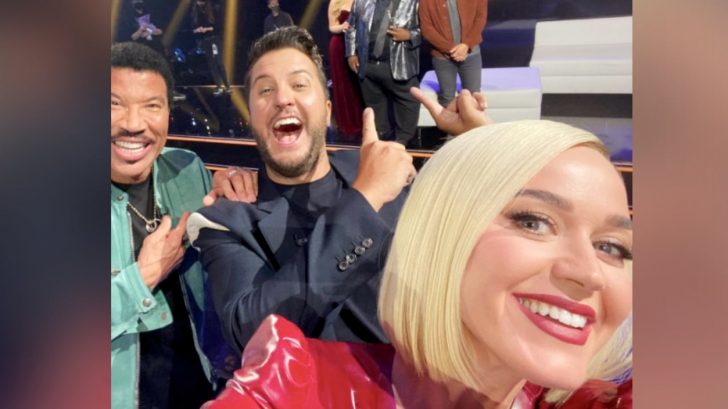 When American Idol was rebooted on ABC in 2018, the show introduced a new panel of judges. Those judges were Katy Perry, Lionel Richie, and Luke Bryan.

Jump to today, and Perry, Richie, and Bryan are gearing up to judge their fifth season together.

The new season of American Idol will debut on February 27. But before that, Bryan will be busy performing during his new residency at Resorts World Las Vegas. His residency kicks off on Friday (February 11).

Perry also has a residency at Resorts World Las Vegas. Her run of shows started on December 29, with additional dates in January and March.

Since Perry has already started singing in Vegas, the folks at Good Morning America asked Bryan if she has given him any tips for his own residency.

Because Bryan and Perry like to tease each other, Bryan says she only tells him things that make him nervous. To sum it up, Bryan says, “[she] doesn’t help me at all.“

Bryan also joked that he thinks his fellow Idol judge is “a little jealous” of him. Why is that? Because she thinks her husband, actor Orlando Bloom, has a “man crush” on him!

“She’s really a little jealous because she believes Orlando kinda might have a little man crush on me,” Bryan said playfully. “Orlando came into Nashville and I had all these outdoor activities planned for him. So yeah, me and Orlando, our love is strong.”

Watch Bryan speak more about his friendship with Perry, his upcoming Vegas residency, and the new season of Idol by tuning in to his GMA interview below. He’s too funny to handle sometimes!