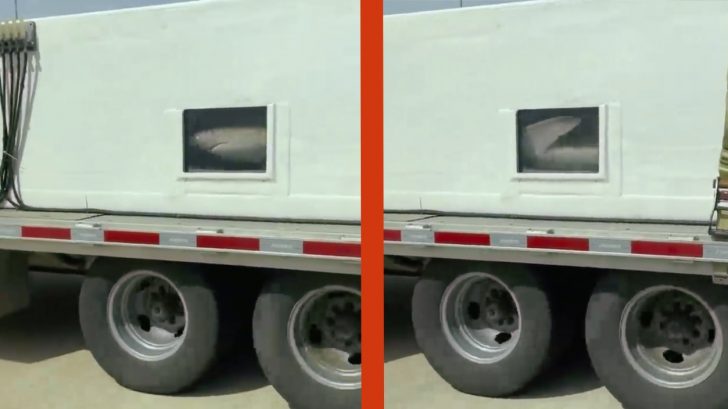 Julie Anne was driving down the highway I-95 in Baltimore, Maryland at around 60mph when she spotted something very unusual on the back of a semi-truck trailer – two massive sharks swimming past a glass window of a tank strapped down to the rig.

“Things you don’t see on the highway everyday,” Julie Anne wrote on Instagram.

Julie excitedly took her phone out and recorded a video of the sharks swimming circles in the tank and taking a quick glance through the window each time they passed. It was truly something that you don’t see every day and very cool of Julie to share the video with everyone. Click below to see the footage for yourself.

Why were the sharks on the back of the truck?

Although it’s not fully clear where these sharks were headed, it is certain that aquariums regularly trade sharks and other marine animals with each other in the United States. They load them up in the back of trucks just like you saw in the video and take them hundreds of miles and the sharks are just fine in their controlled habitat.

Discovery released an incredible film on exactly how the professionals go from start to finish with moving a shark from one place to another. You can watch the video below!

How To Ship A Shark Video Below