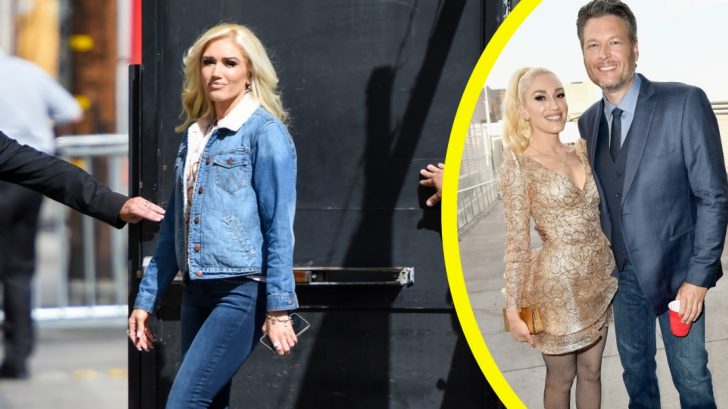 Married in a private ceremony at Blake’s exclusive Lake Texoma estate, these longtime lovers had danced around the idea of marriage for the better part of a decade.

Both Blake Shelton and Gwen Stefani had been married previously. Blake was married to Miranda Lambert from 2011-2015 and Gwen married Bush singer Gavin Rossdale in 2002 until their split the same year as Blake’s.

After they both went through their divorces in the mid-2010s, they found a bond with one another and their similar experiences while working together on The Voice.

Officially, they began dating around Halloween 2015. Over the next five years, they grew closer and closer, even releasing a series of successful duets over time.

But, while their relationship blossomed, Gwen says that she never really thought she would get married again – or, at least, it wasn’t something she seriously considered after her previous marriage ended.

On an episode of the Tell Me About It podcast, Gwen explains why all of it was so unexpected.

“It [the wedding] was beyond dreamy but I think the crazy part was just it was so unexpected in my life…so to try to choose an outfit, a wedding gown and all that, I had no idea what it was gonna be.”

Before the wedding planning, Gwen says that the thought of marriage was so beyond her that she never even thought about being back in a white dress.

Listen to the full podcast episode below on iHeart.