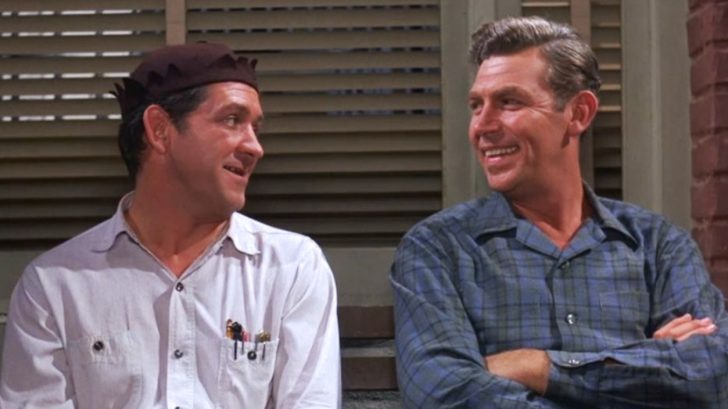 The Andy Griffith Show introduced fans to an easy-going way of life where troubles evaporated over a bottle of pop or a homemade meal.

Onscreen, it appeared that the cast of The Andy Griffith Show had perfect chemistry together; however, at times, friction developed amongst the actors. During one incident, actor George Lindsey, who portrayed Goober, was so embarrassed by a confrontation that he never got over the situation.

In Lindsey’s memoir, Goober in a Nutshell, the actor recalled “cursing and cutting up” between scenes at a race track set. The actress immediately scolded Lindsey and even hit him over the head with an umbrella. According to Lindsey, his actions offended Frances Bavier, who portrayed Aunt Bee.

“Well, Frances wasn’t going to stand still for that, and she turned around and whopped me over the head with her umbrella and proceeded to lecture me,” Lindsey wrote.

“He [Berry] was really irate that she would do that to me. And he was right; she shouldn’t have done that. I had always liked Frances, but I never forgave her for clobbering me.”

For more on The Andy Griffith Show, check out the following video.