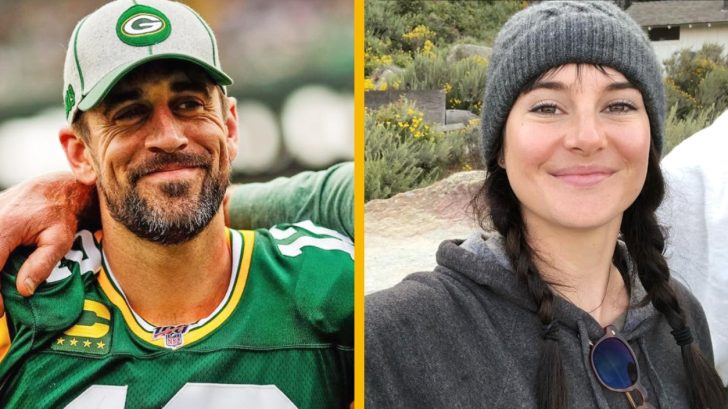 Seven months after Rodgers’ split from former racer Danica Patrick, news broke that the football star had gotten engaged to Woodley. The actress confirmed the news on The Tonight Show With Jimmy Fallon. Woodley also revealed that the couple had already been engaged “for a while.”

In an interview with Shape, the actress gave some insight into why the relationship progressed so quickly. Woodley explained that due to travel restrictions, she and Rodgers moved in together right away. The actress stated:

“Starting a relationship where you immediately move in with someone — because it’s a pandemic and you can’t just get on a plane and go back and forth on weekends — taught us a lot about each other very quickly. We jumped in headfirst and got some of the sticky bits out of the way early.”

The actress also got candid about the way the pair announced their engagement in an interview with The Hollywood Reporter. Woodley admitted:

“When we announced that we were engaged, we wanted to do that only because we didn’t want someone else to do it before we did. And we didn’t do it for months and months after we had become engaged, but the reaction to it was really a lot, and so we were like, ‘Let’s just politely decline [to talk about the relationship] for a little while and live in our little bubble.’”

For more on Rodgers and Woodley’s relationship, check out the video below.