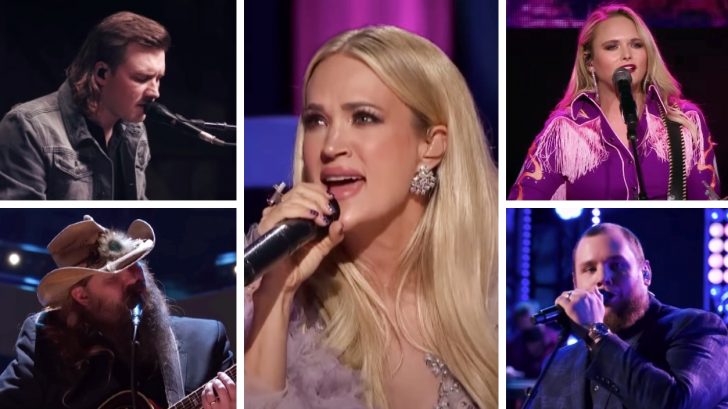 The Entertainer of the Year award is the most coveted award the CMA has to offer. Over the years, we’ve seen artists such as Keith Urban, Alabama, Dolly Parton, and Alan Jackson receive the award. Garth Brooks holds the record for the most wins, with a total of seven.

The late Loretta Lynn became the first female Entertainer of the Year when she received the trophy in 1972. Barbara Mandrell was the first artist to ever win the award twice (she won in 1980 and 1981).

Luke Combs is the reigning winner from 2021. It was his first time winning the award. Combs is up for the trophy again this year, and he’s nominated alongside Carrie Underwood, Miranda Lambert, Morgan Wallen, and Chris Stapleton.

Other than Combs, none of the other nominated artists have ever won Entertainer of the Year. Underwood has been nominated five times, Lambert six times, Stapleton six times, and this is Wallen’s first nomination.

We finally found out who took home the CMA’s top prize when the 2022 CMA Awards aired on Wednesday, November 9.

Did Combs earn a repeat win? Or was the trophy given to someone new? Keep reading to find out…

After much anticipation, it was announced that Luke Combs is the Entertainer of the Year for the second year in a row!

“I never ever know what to say,” Combs said as he accepted the award. He thanked his wife Nicole, and offered a shoutout to their baby boy, Tex. “I am just so thankful…” he said.

Congratulations to Combs on being named the CMA’s Entertainer of the Year this year!