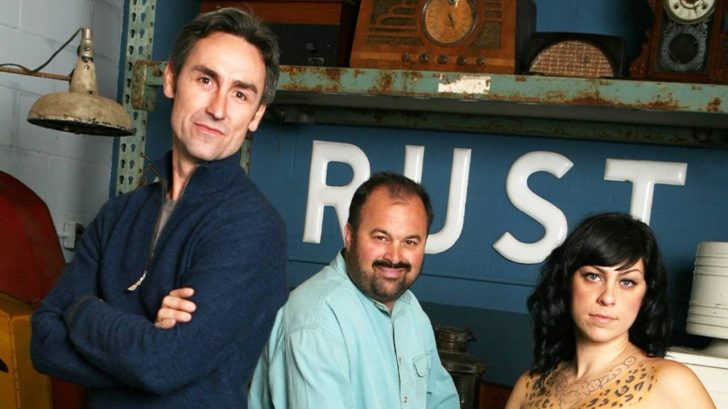 It’s official. American Pickers star Frank Fritz has officially been removed from the television show’s website. On the main landing page, a new photo appears of just Mike Wolfe and Danielle Colby. Additionally, in the “Bios” section, only two remain..Wolfe and Colby’s.

While it was confirmed by a source on July 21st that Fritz wouldn’t be returning to the show, this is an a pretty official statement that he in fact, is gone for good.

Fritz recently did an interview with The Sun, he revealed that he first was taking time off the show to have back surgery and then the pandemic hit.

“It’s up to the network whether I come back on the show. It ain’t gonna affect me one bit. I didn’t leave the show, I finished shooting and then I had a little back surgery and the pandemic came,” he said in the interview.

Fritz added that after the surgery, Wolfe never contacted him to find out how he was doing…and they haven’t spoken since, making it about two years since they’ve talked!

He revealed, “I haven’t talked to Mike in two years. He knew my back was messed up, but he didn’t call me up and ask how I was doing. That’s just how it is. The show is tilted towards him 1,000 percent. I can’t even bend that far down to show you how much. That’s fine. It’s like you’ve got Aerosmith and there’s Steven Tyler and he’s the front man. I found my spot, I’m second and he’s number one on the show. That’s no problem with me, maybe he does have a problem.”

And while Mike has said in the media that Frank’s absence is because of his back surgery, Frank reassured The Sun that he is back to full physical health.

“My back is doing perfect. I had a couple of rods put in there. It was from lifting stuff all the time,” he said. “If you watch the show you can see who the guy is that’s lifting all the time, it’s always me. It had been hurting for a long, long time. I’m talking months and months and months.”

Now, just a couple days after Fritz’s revealing interview, Wolfe has released a statement of his own…and the show confirmed Fritz will not be returning to American Pickers.

“I have known Frank for as long as I can remember, he’s been like a brother to me. The journey that Frank, Dani (Danielle), and I started back in 2009, like all of life, has come with its highs and lows, blessings and challenges, but it has also been the most rewarding. I will miss Frank, just like all of you, and I pray for the very best and all good things for him on the next part of his journey.”

Fritz has an idea of who he thinks will replace him on the show…Wolfe’s brother, Robbie.

“I think Mike wants to get his brother Robbie in there to replace me. I don’t know why he’s behaving like that towards me. You couldn’t just stick two people in a van and get the chemistry you get from me and Mike,” he told The Sun.

But, the show has confirmed that they have no plans to replace Fritz with anyone. Guess we will have to continue tuning in to see what the future holds for American Pickers!