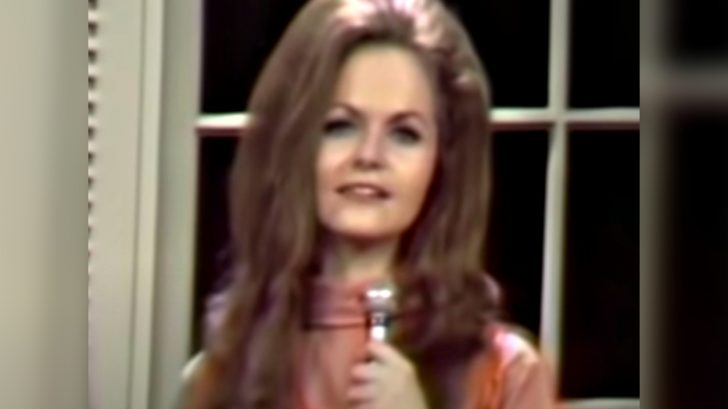 Before the wildfire popularity of her irresistible classic, “Harper Valley PTA,” Jeannie C. Riley was known as Jeanne Stephenson before marrying a man named Mickey Riley when she was just 18 years old – and slightly more than a year later, she discovered she was pregnant.

Jeannie and Mickey welcomed their baby into the world in January 1966 – and this beautiful bundle of joy would be the only child Jeannie ever had.  But her bond with her baby girl would prove stronger than ever as the years went on.

With the release of her signature song in 1968, Jeannie knew that this meant great big things for her family, and at one point she was earning more than $500,000 a year from royalties, shows, appearances on television, and etc.

With the immense success in music and her husband helping by driving the tour bus, it just made sense that their daughter, Kimberly, join in the family business – and, boy, did she have a knack for music.

When she was born, nobody knew that the tiny infant would grow up to field a music career of her own, but she quickly became her mother’s own backup singer – and even Jeannie has said their “voices fit together like a hand in the perfect glove.”

Moving through her teenage years, Kim Riley quickly picked up her mother’s passion for music and it blossomed into a beautiful bond for both of them.

At concerts and shows, Kim would sing backup, sometimes join in on songs, and often would step center stage for a little bit they liked to do together.

As Kim grew older, you could see the incredible resemblance between her and her mother – and there’s no question they likely got mistaken for sisters…it was just simply uncanny.

She continued singing with her mom, but later had dreams of singing on her own – and trying her hand at a career in music as well.

When Kim was in her late 20s, she worked with a record label (and her mother) to craft her own album and released it under the name Riley Coyle. The record was titled Country In My Genes – a nod to her own musical upbringing.

The record was Kim’s only known musical project outside of the shows and recordings she did with her mother, but the musical gene is still inside her and both she and her mom still sing at home with their kids and extended family.

One of the songs she and her mom worked on together is called “Goin’ Home.” Both ladies had a hand in writing it, and they each have taken a role singing the lead part.

Listen to Kim’s version (featuring her mom, Jeannie) below, and in the second video, you can watch as Jeannie performs the song on stage with Kim singing in the back.