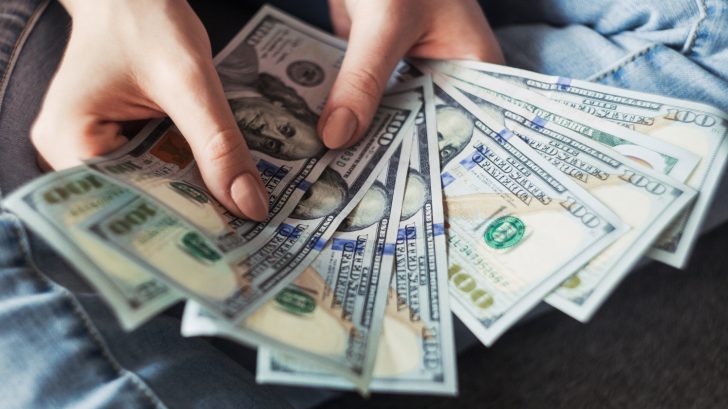 The United States Senate has passed a $2 trillion stimulus bill that includes a massive amount of money for families and individuals during one of the steepest economic downfalls the world has ever seen.

This huge economic relief bill, officially called the 2020 Stimulus CARES Act, will send more than $290 billion in direct payments to both individuals and families across the United States. The goal is to help bolster the economy by keeping people afloat and injecting much-needed cash into the marketplace.

Politicians have been working on this plan for several weeks and according to the Secretary of the Treasury, Steve Mnuchin, they are planning on having checks in American’s hands within a number of weeks.

According to the bill, most adult Americans will receive a $1,200 check with an additional $500 per dependent child (up to 16 years old.)

They will identify your familial status and income information based on your 2019 or 2018 tax return – whichever has been most recently filed.

Individuals who made $75,000 or less on their most recently filed tax return can expect to receive the full $1,200 check. Those who made more than that will see the amount reduced by $5 per $100 in income on a sliding scale. That means that any individual who made more than $99,000 will not receive a check.

The scale is similar for married couples filing jointly, but they are set to receive a check for $2,400.The limit is $150,000 in income, with payments depleting at the $198,000 mark for a couple with no dependents.

Steve Mnuchin has said multiple times that he is trying to get the payments out to people before mid-April.

“We want to make sure Americans get money in their pockets quickly,” Treasury Secretary Steven Mnuchin said last week, as reported by Syracuse.com. “As soon as Congress passes this, we will get this out in three weeks.”

He has also stated that it is possible additional checks will be issued in May depending on how the effort to fight COVID-19 carries on. Additionally, the money will be deposited to your most recent bank account used for a direct deposit of a tax return or will be sent as a check otherwise.

Watch the full video below about the stimulus package and bundle along with a special video about how to handle groceries you pick up from the supermarket to avoid contaminating your home.