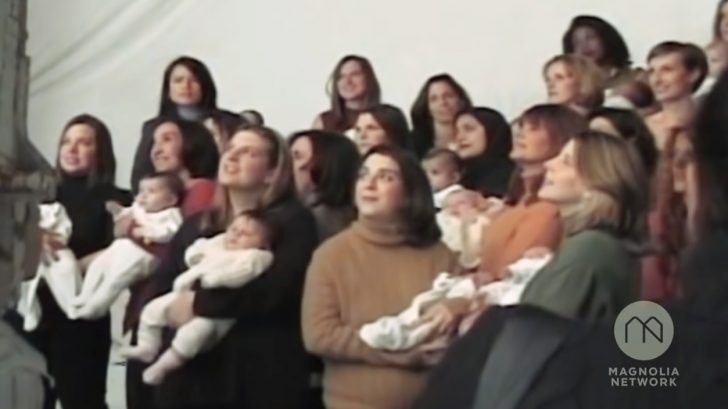 Twenty years after 9/11 producers Julian L. Hobbs & Elli Hakami for Talos Films and Liz McNeil, Cynthia Sanz and Dan Wakeford for PEOPLE have gotten together to showcase the lives of the children whose father’s were killed on 9/11 and how they are doing today two decades later.

The show is called Rebuilding Hope: The Children of 9/11 and it’s set to debut on the Magnolia Network on Tuesday, September 7. People can stream it exclusively on the Magnolia app and discovery+.

Directed by Academy Award and Emmy Award-winning director Ellen Goosenberg Kent, the documentary will be focused on the lives of four families that PEOPLE have been documenting for 20 years.

“I find that I’m constantly reminding myself of the balance between grieving, but still moving on and moving forward,” Nicole Gartenberg Pila says in the film’s trailer on the Magnolia Network YouTube channel.

Nicole and her sister Jamie who are 19 years old lost their dad Jim Gartenberg who was in Tower 1 when it collapsed. The children share stories of their father’s bravery and how they found hope and inspiration in the father they never met.

“I’d definitely like to follow in his footsteps, and leave an impact on people in a good way,” Ronald Milam, Jr. said, whose father, Army Maj. Ronald Milam, was killed at the Pentagon.

“What happened to my dad,” Alexa Smagala, whose father Stan Smagala was a firefighter, said, “made me who I am today — and I want people to know that.”

The show is expected to be a big hit and a glimpse into the families who were most affected by the tragedy. Watch the documentary trailer to hear more about what to expect.