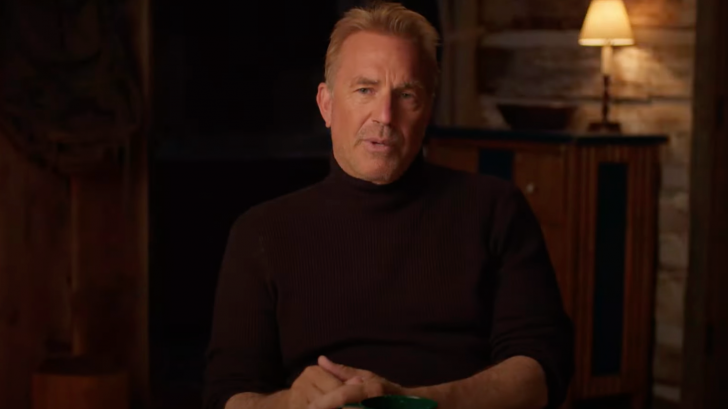 Kevin Costner may be one of the biggest Hollywood superstars, but at home, he says he’s just an everyday family man trying to figure out how to be a good father.

The 67-year-old spoke with People as he was promoting his FOX Nation docuseries Yellowstone One-Fifty and told them a few things he’s experiencing as a father.

Costner has three younger children with his wife Christine, his sons Cayden who is 15 years old, Hayes who is 13, and his daughter Grace who is 12. In addition to, his daughters Annie 38, Lily, 36, and son Joe, 34, with his ex-wife Cindy Costner, he also has a 26-year-old son Liam with ex Bridget Rooney.

“I work as a provider. I’m a father and I’m a husband, but the world doesn’t revolve around me,” he told People. “When I’m not making a movie, I’m living and on the freeway with my wife, getting the kids to their stuff or I’m waiting for them to come out of a party. I’m just twiddling my thumbs. People have a wrong idea about how my life works.”

Costner admitted that just like any other mother or father, he’s just trying to figure out parenting.

“You’ve got to get down on the ground and play with them,” he told told the publication. “And you teach them to be independent — and the sad part about that is they become that. I’m like any other parent: I’m trying to figure it out.”

One thing Costner has done to continue bonding with his 13-year-old son Hayes is, he’s gotten him to take part in filming his upcoming Western epic series Horizon.

“I kind of did it on purpose, so he could be hanging out with me. And the same thing for Cayden, same thing for Grace. ‘This is really neat. You should come be with me,” he told them.

The two major projects Costner is staying busy with are his new docuseries with FOX Nation, Yellowstone: One-Fifty, which debuted on Sunday (Nov 20), and his hit Paramount Network series Yellowstone which returned for its fifth season last week.

Yellowstone: One-Fifty will be a four-part docuseries about Yellowstone National Park and how the rugged wilderness came to be protected land overseen by the U.S. military.

“Yellowstone One-Fifty exemplifies the superior creative content that we strive to deliver exclusively to our subscribers. We are thrilled to collaborate with an iconic actor and filmmaker of Kevin Costner’s caliber on this project,” FOX Nation president Jason Klarman said, according to Daily Mail.

Watch Costner Talk About Yellowstone: One-Fifty In The Video Below