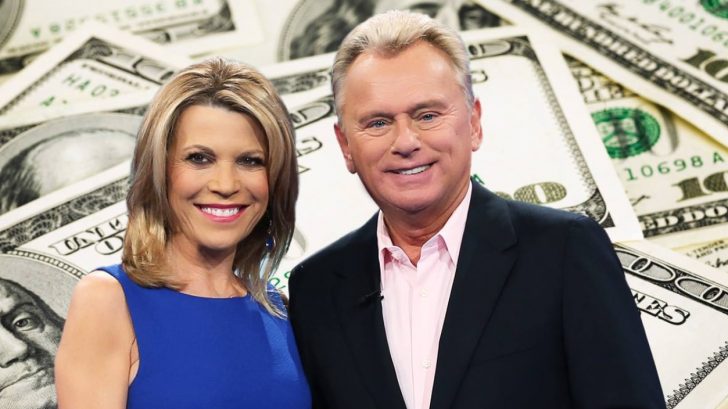 According to a recent Yahoo News report, Pat Sajak has a massive salary hoasting the Wheel of Fortune and he only has to work four days a month.

The report said that due to parents and grandparents all over the world being too lazy to turn off the TV after Jeopardy! goes off every night, the viewership is still sky-high and Pat is getting extremely rich because of it.

Pat’s been hoasting Wheel of Fortune for the past 40 years and according to a Forbes report from 2016, he was earning over $15 million a year per season.

That broke down…Pat worked 48 days and was paid $312,500 per day. To break that down even further, Pat and Vanna White filmed six shows per day and Pat earned $52,083 per episode, and those are just the numbers from 2016.

Now that they’ve signed fancy new contracts in late 2021 that will take them through Wheel of Fortune’s 2023–2024 seasons, they’ve hinted towards retiring within the near future.

Pat told Entertainment Tonight, “We’re certainly closer to the end than the beginning. I’d like to leave before people tune in and look at me and say, ‘Ooh, what happened to him?’ I wouldn’t bet on seeing us in, like, 10 years, I would say.”

Pat is set to have a happy and abundant life. He already purchased a $1.275 million home in Maryland back in the 90s and also owns a place in Encino, California which he bought in 1988 for $1.8 million. Both of which are probably worth more today than when he purchased them.

Pat has never publically said how much his net worth is but speculation has it that it ranges from $70 million to the upwards of $250 million.

Watch The Video Story of Pat Sajak & Wheel of Fortune Below