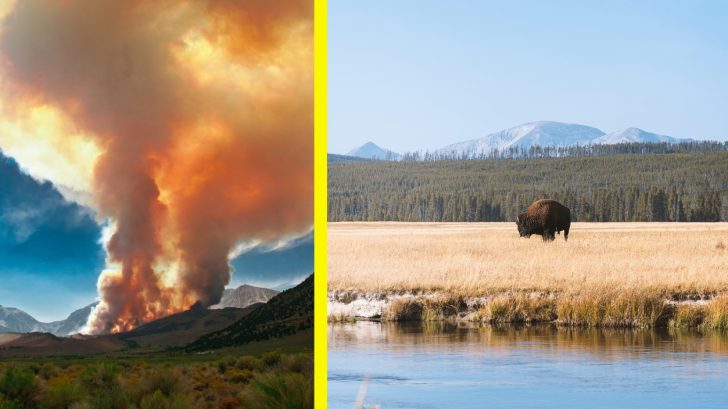 One of the biggest volcanos on the entire planet sits right in the heart of the American West – underneath Yellowstone National Park.

The long-beloved geyser in the park, called Old Faithful, has been one of the starring attractions of this absolutely massive national park for over 140 years.

Yellowstone National Park and its famous geysers have been the subject of studies and speculation for decades – most recently the Steamboat Geyser experienced a massive and notable change in its eruption pattern.

The park holds more than 500 different geysers, making it one of the most active volcanic hot spots anywhere in the world. The most famous geyser has also experienced eruption changes and added 30 minutes between eruptions in the most recent 30 years.

Beneath all of this visible activity lies a huge pool of magma – one that would take weeks to empty when the next eruption happens. Because of the massive build-up of magma, the initial explosion is expected to be so powerful that it will blanket the ground with 10 feet of ash for hundreds of miles.

Scientists have found evidence from the last Yellowstone eruption as far as the Eastern Seaboard of the United States. This means that the huge ash cloud will carry across the entire country and likely block out sunlight for a majority of the population.

Beyond the initial explosion, which is expected to kill everything within the park and for hundreds of miles beyond due to pyroclastic flows, volcanic ash, and the shockwave.

Volcanic ash then would be the next most disastrous part of the eruption as the ash particles are hard and sharp like tiny broken fragments of glass. This would damage the lungs and airways of people and animals within range while also wreaking havoc on vehicles and aircraft and many ventilation systems.

if yellowstone were to actually erupt, would you be safe ? pic.twitter.com/vDFgEMhl0L

The main issue following the eruption will be the lack of food related to the colder temperatures following the ash cloud blocking sunlight and ruining crops while also decimating the population of important agricultural states.

Luckily, scientists expect there to be a period of at least a hundred years when we are preparing for the explosion. This “early warning” is tied directly to a new study that shows that the ground will start to swell massively around the eruption zone. The swelling will be so large that it will be measured in feet, not inches.

Truly, life will survive after this event, but the path of destruction and the changes to life as we know it will forever alter America.