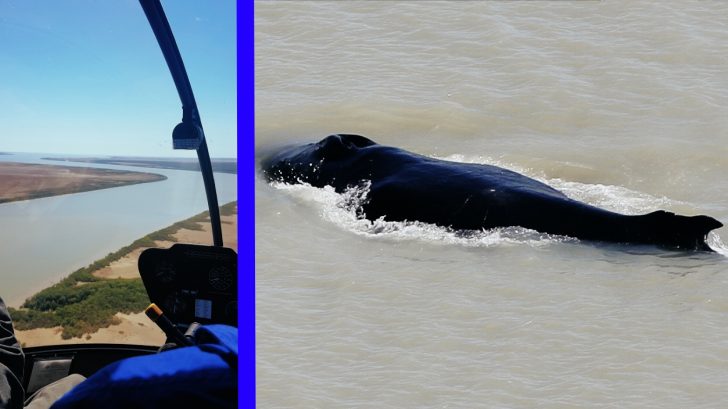 While it’s not clear as to why the whales decided to make their way up the river, experts believe it is probably due to a simple wrong turn. As of Thursday, September 10th, 2020, officials were only able to locate one whale in the river.

An exclusion zone has been put in place in Kakadu National Park, after three humpback whales entered the East Alligator…

Park officials shared that the whale is doing well. However, for visitors and whale safety, they’ve asked that people on boats not approach the whale and respect the exclusion zone. This zone is defined from the mouth of the East Alligator River to 18.64 miles upstream of where the whales have been spotted.

“The last thing we want is a collision between a boat and whale in waters where crocodiles are prevalent and visibility underwater is zero. We also don’t want boats to inadvertently force the whale further up the river,” KNP said on Facebook.

They hope the whale finds its way back to the sea naturally. Kakadu National Park and Australian scientists are working together to closely monitor the location of the whales over the next few days.

Watch The Whale Stuck In Alligator River Video Below