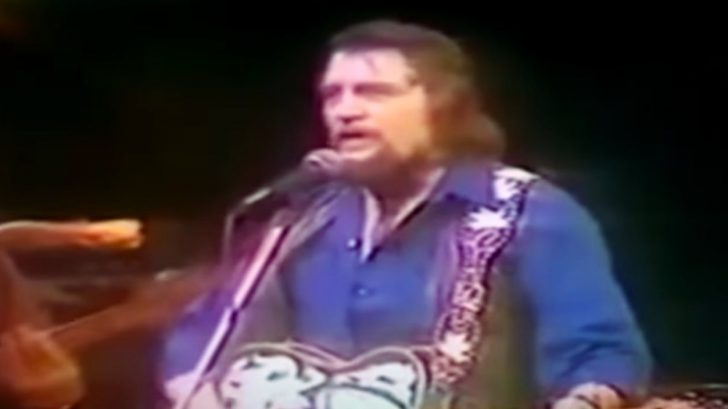 The Theme For The Dukes

On January 26, 1979, The Dukes of Hazzard aired for the first time on CBS. The show, featuring cousins Bo, Luke, and Daisy Duke, ran until February 8, 1985, and was one of the most popular shows of its time.

In the show, Bo and Luke race around Hazzard County in their Dodge Charger, named The General Lee. They go on many adventures throughout the series, and often find themselves in sticky situations involving the crooked county commissioner Boss Hogg and Sheriff Roscoe P. Coltrane.

Just as iconic as the show itself is its opening theme song, titled “Theme from The Dukes of Hazzard (Good Ol’ Boys),” which was written and recorded by country singer, Waylon Jennings.

How Waylon Got Involved

In 1975, Jennings served as the narrator for the film Moonrunners, which The Dukes of Hazzard was later based on, since both had the same creator.

When it was time to work on The Dukes of Hazzard, Jennings was selected once again to serve as a narrator for the show. In addition, he also wrote the show’s theme, recording two versions.

One of the versions was used as the theme for the show, while the other was made available for commercial use.

There are a few differences between the two versions of the song. For example, the show theme includes a banjo, while the commercial version of the song does not. Also, the lyrics to the show theme’s third verse are different, saying “Fightin’ the system like two modern-day Robin Hoods.”

More Differences Between The Versions

In the commercial version of the song, Jennings makes a reference to himself and his appearance in the show, singing, “I’m a good ol’ boy. You know my momma loves me. But she don’t understand, they keep a showin’ my hands and not my face on TV.” This is in reference to Jennings’ appearance in the opening shot of the show theme version, where he can only be seen below the neck.

Jennings went on to release the commercial version of the song as a single off of his 1980 album, Music Man. Because The Dukes of Hazzard was still running at that time, people recognized the song, and it quickly shot up to the top of the charts.

Today, the theme song to The Dukes of Hazzard is just as memorable as the show itself. You can listen to both Jennings’ commercial version of the song and the show theme in the videos below.

Which version of the song do you like best?