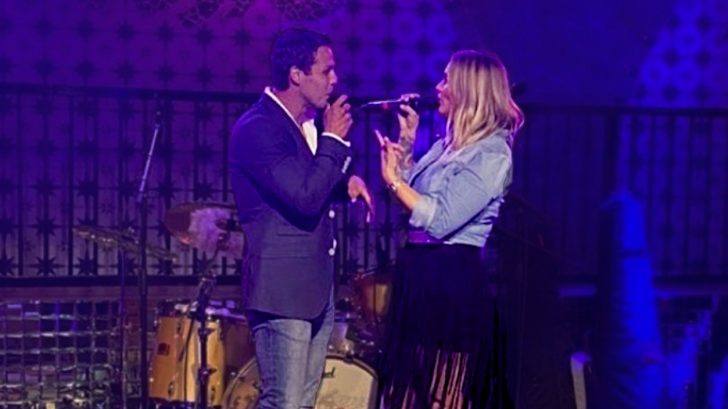 What better way to celebrate the brand new opening of your first-ever bar and restaurant in Nashville than with a star-studded sing-along event?

In opening Casa Rosa, @MirandaLambert makes history by becoming the first female country star to have a bar and restaurant on Broadway’s Honky Tonk Highway in Nashville. Opening in 2021… pic.twitter.com/dhkzWh0r8W

Miranda hosted a VIP party as the grand opening of her new Tex Mex restaurant and cantina called Casa Rosa and welcomed some of her famous friends for a night filled with music and good vibes.

As a surprise treat during the night, Miranda and her husband Brendan McLoughlin treated their guests and friends to a delightful performance of everyone’s favorite karaoke song: “Summer Nights” from the hit movie musical Grease.

Y'all @CasaRosaNash was packed full of stars for a soft opening but these 2 are still my favorite ??? Mr even did some karaoke!! @mirandalambert #MirandaLambert #BrendanMcLoughlin #TheOne pic.twitter.com/hyHDvpGa6i

Joining this fun-loving couple as entertainment for the evening were also Darius Rucker (with his own performance of “Walking in Memphis”) and an all-female “Goodbye Earl” tribute to The Chicks.

Check out the video below.