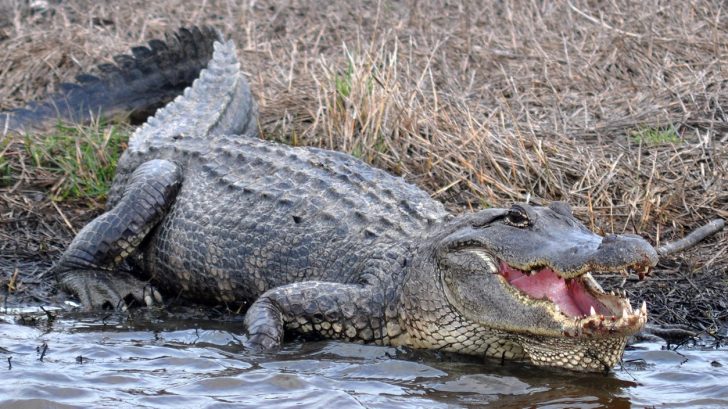 The Florida Fish and Wildlife Conservation Commission is warning folks to be on alert now that mating season for alligators has officially begun.

Over one million alligators are expected to participate in the courtship process that begins in April. Mating happens around May or June and shortly after that, females will deposit anywhere from 32 to 46 eggs in a nest, which can take about 63 days to incubate.

The eggs will hatch starting from mid-August through September so, over the next few months, the state will certainly see increased alligator activity.

Although the FWC says alligator bites are uncommon, the increased activity will surely lead to more encounters with humans, which can also lead to more people getting bitten by gators.

Nevertheless, the department wants families to stay safe and urges everyone to be very careful and pay close attention when near fresh or brackish waters.

Children should especially be supervised closely when around water and they should only swim during daylight hours and within posted swimming areas.

During these months, pets should not be allowed to swim, drink or play in or near waters that have alligators living in them. The FWC also noted that dogs and cats especially have a higher risk of being eaten because they look more like the reptile’s natural predator.

Officials also ask locals not to feed the alligators because it is dangerous as well as illegal. Doing so will associate humans with food making the gators lose their wariness of humans.

The FWC says that alligators should be left alone and never be removed from their natural habitats. The state law actually prohibits killing, harassing, or possessing alligators except with a permit.

If you are ever bitten by an alligator, the FWC says you should fight back making as much noise as you can and resist the attack.

The most effective way to get an alligator to let go and retreat is by hitting, kicking, or poking the gator in its eyes. After an attack, one should seek immediate medical attention.

Those who are threatened by an alligator are asked to call the FWC’s Nuisance Alligator Hotline 1-866-FWC-GATOR so a professional can come to either kill or relocate the animal.