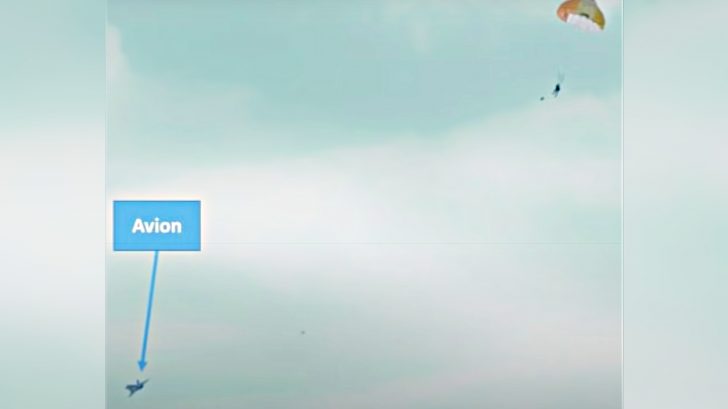 It sounds like a nightmare, but it’s true: a 64-year-old man from France accidentally ejected himself from a fighter jet mid-flight.

The man was given the flight as a surprise from his coworkers as a gift. Despite feeling apprehensive about the opportunity, he decided to be a good sport and go along for the ride.

The man quickly got a crash course about what would happen over the course of the flight, and strapped in, ready to ride. He was so nervous for takeoff that he wasn’t even able to put on his own helmet correctly. Nevertheless, he agreed to go for it.

As the jet climbed above 2,500 feet, the man became more and more anxious and looked around his seat for something to hold on to for extra security. While fumbling to find something to hold on to he somehow hit the ejector button! In doing so, he propelled himself out of the plane. He flew out into the sky, drifting along with a parachute, as his poorly fitting helmet flew off of his head.

The pilot quickly landed the plane and found the man, who amazingly survived the adventure without serious injury.

Perhaps next time, his coworkers will choose a less thrilling birthday present, as this man has had enough thrill to last him a lifetime.

Watch the video below detailing the experience!