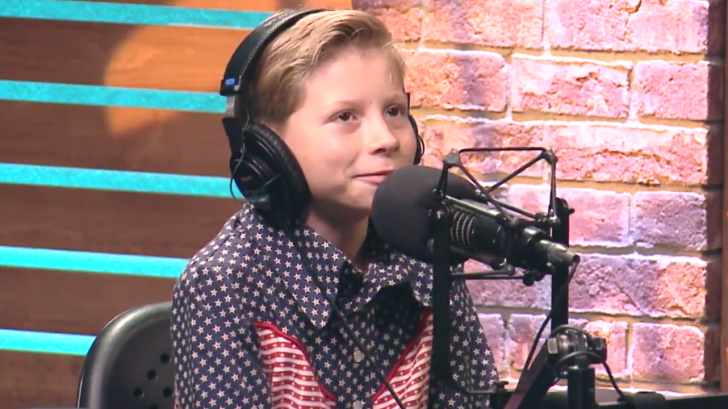 Small town boy Mason Ramsey became a global sensation after a video of him singing Hank Williams’ ”Lovesick Blues” went viral. Shortly after, the 11-year-old landed guest appearances at music festivals Coachella and Stagecoach, achieved his dream of performing at the Grand Ole Opry, and scored a record deal of his very own.

Last week, the young country crooner created buzz with the release of his original love song ”Famous,” fans of Ramsey wondering if there’s a girl who inspired the romantic lyrics. Ramsey met up radio show Ty, Kelly, & Chuck to discuss his relationship status.

”Her name is Madison, of course. She’s a redhead,” he said before continuing, ”She likes me, but ya know it has been awhile since I’ve seen her, of course, like in February.”

Well guess the adorable charmer is off the market!

You can watch the full interview below.