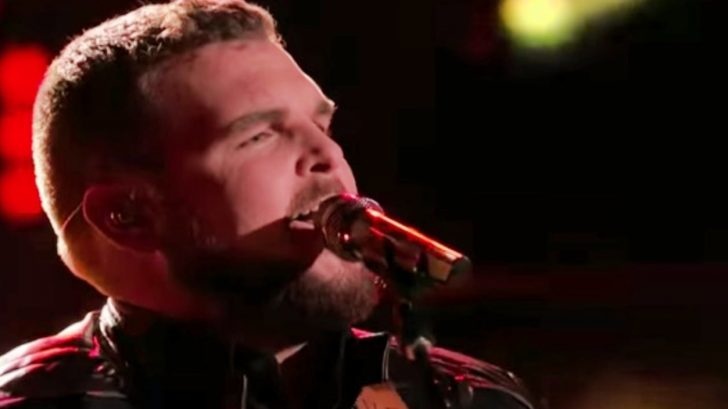 The four Season 17 Voice finalists had the opportunity to share an original song during the first night of the finale. In Jake Hoot’s case, he decided to perform a song he co-wrote about his own life, titled “Better Off Without You.”

The eventual winner from Team Kelly told his coach during rehearsals the song was inspired by his divorce. He described that time as his “lowest point” in life.

“I was sitting there one night. I thought of the lyric ‘I can see the thunder and hear the dark,'” he told Clarkson.

Clarkson loved the song right away, telling Hoot “It’s hard to impress me nowadays...” but making it clear “Better Off Without You” definitely made an impression on her. “It sounded contemporary but paying homage to what country music stands for,” she said.

Fans got the chance to hear that blend of classic meets contemporary when Hoot performed “Better Off Without You” during the Season 17 Voice finale. His performance drew a great deal of praise, especially from coach Gwen Stefani.

Stefani noted how much Hoot has changed since he started on The Voice:

“My favorite thing that’s happened through the show is watching you get so relaxed on stage and really enjoying it and owning it,” Stefani said. “At first it was like you were a little bit timid. Now I can see you’re embodying the whole experience.”

As for Hoot’s own coach, she complimented his skills as a songwriter:

“A great writer always pulls from their own life experience although it’s a hard thing,” Clarkson said. “That hurdle was put there for you to get through, but other people to connect that message. That’s the power of being a writer as well as a singer, I love you got to showcase that.”

People certainly connected to Hoot’s original song. Fans flocked to social media with praise for the 31-year-old singer and “Better Off Without You.” One Twitter user named MexDivas said the song was “definitely a super hit.”

See that tweet and other fan reactions to Hoot’s original song below:

Absolutely LOVED Better Off Without You!!❤️

I love @jakehootmusic original song Better Off Without You..definitely a super hit…hope he wins on the @NBCTheVoice

Jake's song, "Better Off Without You" reminded me of listening to Ronnie Milsap in the 80's. It also spoke my truth. I loved it!

Tune in to the video below to watch Hoot perform his original song, “Better Off Without You.” Who knows, maybe we’ll get the chance to hear the song on country radio one day!

If anything, this performance proves that Hoot knows how to write a top-notch country song.