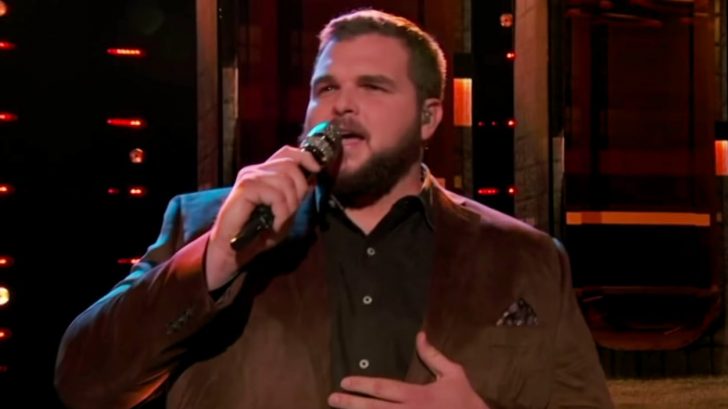 From the start of The Voice‘s 17th Season, it became clear that Jake Hoot was going to be a contestant to watch. His blind audition performance of Luke Combs‘ “When It Rains It Pours” knocked the socks off of the coaches, and landed him a spot on Team Kelly.

He later went on to win both his battle and his knockout performances, and got to move on into the live shows.

Hoot then made it through the first fan-voted elimination, in which the Top 20 contestants were narrowed down to the Top 13. After making it into the Top 13, the pressure was on Hoot to keep delivering impressive performances if he wanted to advance all the way to the finals.

Instead of performing a country song like he had in the past, Hoot opted for a track with its roots in folk rock. Titled “Danny Boy,” the track was written by Kenny Loggins as a gift to his brother, Danny, after his son (Kenny’s nephew) was born.

Loggins then recorded the song with Jim Messina. Together, the two formed the rock-pop duo Loggins and Messina.

The Loggins and Messina version of “Danny’s Song” was released in 1971. It was not a chart hit, but still received plenty of airplay.

A new version of “Danny’s Song” was released by country-pop singer Anne Murray the following year, and her rendition was a huge success. It topped the Easy Listening chart and claimed the seventh spot on the Hot 100.

Years later, The Swon Brothers performed “Danny’s Song” while competing on Season 4 of The Voice. Their version was a big hit as well, and peaked at the 16th spot on the Hot Country Songs chart.

It seems that Hoot set himself up to follow their lead with his performance of “Danny’s Song,” which received a wealth of praise from viewers.

Hoot’s performance was made all the more meaningful because he dedicated it to his then-four-year-old daughter, Macy.

His profile on The Voice‘s website describes how much his daughter means to him:

“After getting divorced, Jake is a newly single dad and hopes to start anew by making his daughter proud on ‘The Voice.'”

We’d say that Hoot definitely made Macy proud with his performance of “Danny’s Song.” The video of his Voice performance has since been deleted, but you can listen to the official audio below.

As we now know, Hoot went on to win his season of The Voice, and this performance helped him reach that point!