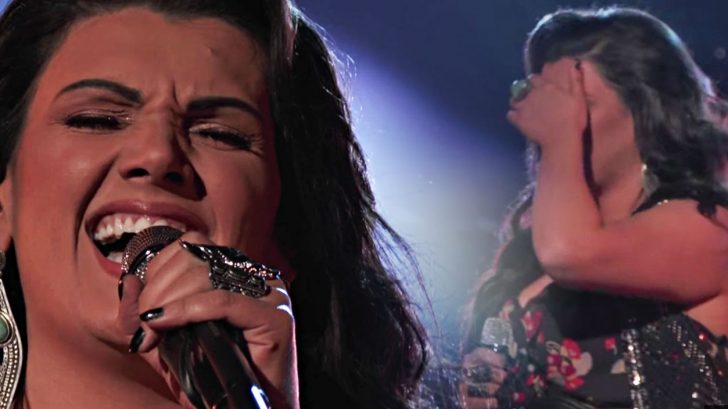 Aiming for a spot in the Top 12 final contestants during the 14th season of NBC’s hit singing competition, The Voice, young Mia Boostrom chose the wrong song to sing – and it cost her dearly.

Boostrom, who was on Adam Levine‘s team, had previously competed on America’s Got Talent a decade ago – and had made it to the semi-finals round before she was sent home. Now, she championed her way toward the final rounds of The Voice but lost it after making what I believe is a poor song choice.

Above: Mia Boostrom singing “Hallelujah” on America’s Got Talent

Mia Boostrom is undoubtedly talented and she fully deserves to make it big. Her voice is so unique and beautiful, there’s no reason why someone won’t offer her a killer record deal in the near future. However, on shows like American Idol, The Voice, and America’s Got Talent, sometimes the make-or-break factor comes down to simple song selection.

Even Blake Shelton has suggested that song choice can be one of the defining factors for how far an artist will go on The Voice.

During the live playoff rounds, Boostrom chose to sing “Either Way” by Chris Stapleton. She started out really strong, bringing a raspy and emotional sound to the song – but she started to stumble when the song demanded higher notes.

Baby, I love you by Aretha Franklin. First of all, it’s one of my favorite songs of all time. Thank you to my coach, @adamlevine and the amazing Voice Band for helping me transform it into a bluesy dream come true. WHO’S READY FOR TWO MORE NIGHTS OF #voiceplayoffs ?!? pic.twitter.com/aO71yxbPci

It was these notes that brought more of a rock sound to the song than a country ballad. There could be many reasons she wasn’t able to fully hit those notes, but that’s truly what did her in.

Boostrom’s final performance on The Voice could have turned out far differently had she selected a different song that fit her voice better – and Chris Stapleton has a large catalog of songs that would do that.

For example, Stapleton’s “Broken Halos” has an overall better range for her voice – one where she could belt out some powerful notes, but show her tender side as well. Even his “Fire Away” would have highlighted some of her most distinctive and impressive vocal qualities.

We just want to "Pillowtalk" about @miaboostrom's stunning performance of that @ZaynMalik hit! ? #VoiceBlinds pic.twitter.com/PDDo9bFmI4

Another artist had previously sung “Broken Halos” during the competition, so perhaps the producers wouldn’t have allowed it, but there were many other songs that would have assured her a spot in the next rounds.

Watch her performance of “Either Way” below and let me know if you agree with her song choice.