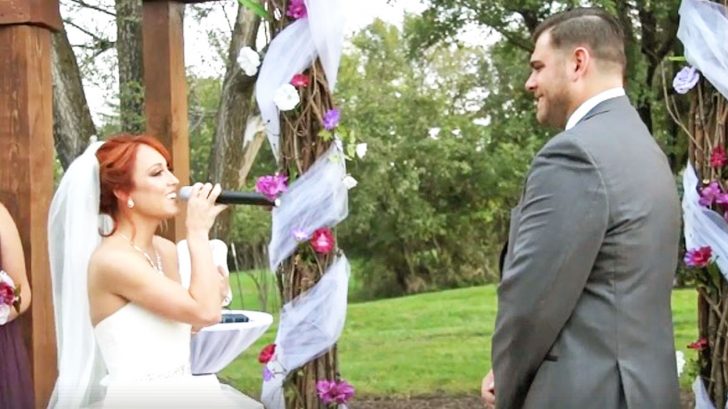 Anyone who gets to participate in the blind auditions on The Voice hopes that at least one coach will turn their chair around for them. Those hopes are shared by the special people in their lives who love them.

But in the back of their minds, we know that all of those contestants and their loved ones are also hoping to get all four coaches to turn around. That coveted four-chair turn serves as a good indication that the contestant may have what it takes to win the whole thing.

During Season 12, country singer Casi Joy was one of few who earned the four-chair turn that so many contestants dream of getting. That left her with the freedom to choose any of the four coaches. As a country singer, the obvious choice for her was to go with Blake Shelton.

Shelton helped carry Casi throughout her battle and knockout performances, and she won both. Unfortunately, Casi was eliminated in the first round of live shows, but she didn’t let that stop her.

Today, Casi maintains a strong presence on social media and YouTube, where she regularly shares videos of herself singing. Between original songs and covers, Casi keeps her followers entertained with her gorgeous voice and her love for country music.

She Wrote A New Song For Her Wedding

In celebration of Valentine’s Day in 2018, Casi shared what she called a “personal” performance. In fact, it may be the most personal performance that we’ve ever seen from her.

On October 14, 2017, Casi married her longtime love Bryan Lankford during an outdoor ceremony at The Legacy at Green Hills in Kansas. Instead of reciting her vows, Casi decided to surprise her groom and all of her wedding guests with a romantic song that she wrote herself.

"I Do" Written by Casi Joy

In honor of Valentine’s Day, this week’s #MusicMonday is a very personal one. My vows. I didn’t tell a soul that I was planning to sing my vows at our wedding except for the dj and pastor. Not even my mom! I wrote this song in complete secret, on my phone, and without ever being able to sing it out loud or work on it around anyone. That was nearly impossible being that Bry and I spend every second together. I recorded the guitar in my car! So what you’re seeing is the second time I even got to sing it, and I’ve NEVER been so nervous! It rained the entire day except for our 30 minute outdoor ceremony. I already had the rain lyrics written ??? The universe is a crazy thing, but it seems to like our crazy kind of love. So here is my original song “I Do.” I hope you find your someone who is your sunshine when your day is pouring rain. Venu: The Legacy at Green HillsHair: Ambers Hair StudioMakeup: Miles MakeupVideo: Complete Weddings + Events NationwidePhotog: Madison King PhotographyDress: Vera Wang#HappyValentinesDay #IDo #Wedding #WeddingSong

As Casi explained, the only two people that knew her plans to sing at the altar were the DJ and the pastor. Not even Casi’s mother had any clue that she was going to sing her vows to Bryan. In an effort to keep the song a total surprise, Casi said she only sang it one other time before performing it at her wedding.

“So what you’re seeing is the second time I even got to sing it, and I’ve NEVER been so nervous!” she wrote.

Get The Tissues Ready Y’all

As chance would have it, Casi included lyrics in the song about it raining on her wedding day. It turns out that it actually did rain on Casi and Bryan’s wedding day, and only let up for their 30-minute ceremony!

“The universe is a crazy thing, but it seems to like our crazy kind of love,” Casi wrote.

Bryan was clearly touched by his new wife’s romantic serenade. We’re sure there wasn’t a dry eye in sight once she finished singing!

Casi’s fans were also moved by the video she shared, which prompted her to make another! She later released an official music video for the song, called “I Do,” which offers an even deeper look into her relationship with Bryan. Enjoy that below.

We wish these two many more years of happiness together!