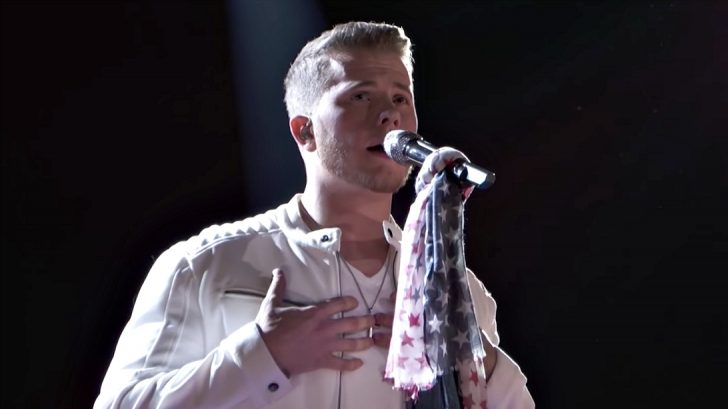 The Voice Season 16 is almost over. And, just like seasons before, the show has had it’s share of drama. From early eliminations of audience favorites to Adam Levine’s team being wiped out by the controversial Cross Battles, this season hasn’t lacked storylines.

An incident that occurred during Monday night’s semi-final round of competition has viewers fired up. But, is the criticism warranted? We’ll let you decide for yourself.

Team Blake favorite Gyth Rigdon took the stage Monday night (May 13) to perform Lee Greenwood’s “God Bless the USA.” Surprisingly, it was the first time the song had been performed on the show. Rigdon’s flawless performance was met with a standing ovation from the crowd, but received criticism from coaches John Legend and Kelly Clarkson.

“You chose the day we celebrate the British Invasion to sing this song,” Legend joked, referencing the fact that the top eight would perform Beatles songs during the episode.

“I feel like you can’t critique this song, or you’re going to hell or something,” Kelly quipped. The remarks had viewers up in arms as they took to social media to show their displeasure with the coaches “unpatriotic” criticism.

For every criticism of Legend and Clarkson, there was a post of support. Many agreed that Rigdon’s cover of “God Bless the USA” wasn’t his best and that it was the job of the coaches to give honest feedback, positive or not.

lol! Are you freaking kidding me? First thank your sons for their service, BUT since when is a Lee Greenwood song held to such high standards? If you had bothered to listen you could hear many instances where he was off. They're not there to blow smoke up his ass.

Rigdon’s coach, Blake Shelton, vehemently defended him following his “God Bless the USA” performance, saying, “I love that performance. I’m glad you chose that song. Welcome to the finale.”

The Top 8 will be reduced to 4 Tuesday night (May 14). Tune in to see if Blake Shelton’s prediction holds true. Check out Gyth Rigdon singing “God Bless the USA” in the video below.