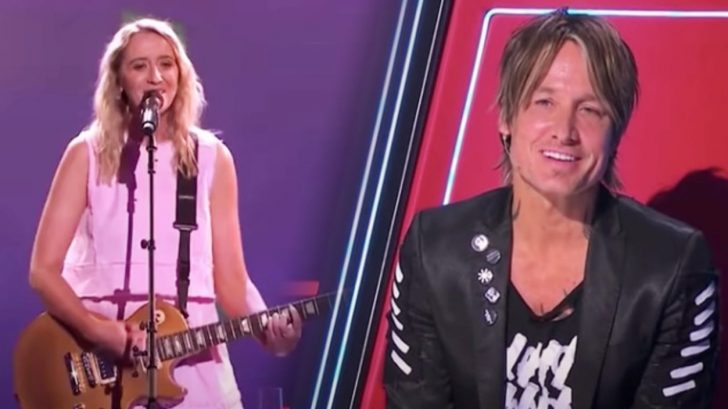 Keith Urban was a coach on The Voice Australia. A new season kicked off in early 2022, and Urban was excited to be back on the show.

During the blind auditions, one hopeful contestant named Kaylee Bell impressed the coaches with an original song she wrote. She has been a longtime fan of Urban’s, and wrote the song as a tribute to him.

Bell references 13 of Urban’s songs in her tune, including “Days Go By” and “Somebody Like You.”

Some of the lyrics are:

Urban was honored to hear Bell’s ode to him. He turned his chair for her, as did all three of the other coaches.

Bell later shared the story behind how the song came to be:

“I actually had this crazy idea of writing a song and cramming as many Keith song titles as I could into the song to tell the story. So, I think there’s like 13 titles…I just wanted to write a song that felt like Keith cause Keith has such a feel about his music that I really love and so that was kind of like the aim of the game was to write a song that felt like Keith’s music.”

Urban was honored by the song. He told Bell:

“I never had any song written about me before and the fact that you wrote it about the songs and the titles and the feeling in those is just so touching Kaylee. It really is, and I can’t thank you enough for that.”

It seemed pretty obvious that Bell was going to choose Urban as her coach. So to keep that from happening, coach Jess Mauboy used her “block” on him.

Since Bell couldn’t choose Urban as her coach, she ended up picking Mauboy. Both Mauboy and Urban went onstage to hug Bell once she made her choice.

Check out the video below to watch Bell sing her ode to Urban, which is appropriately titled “Keith.”