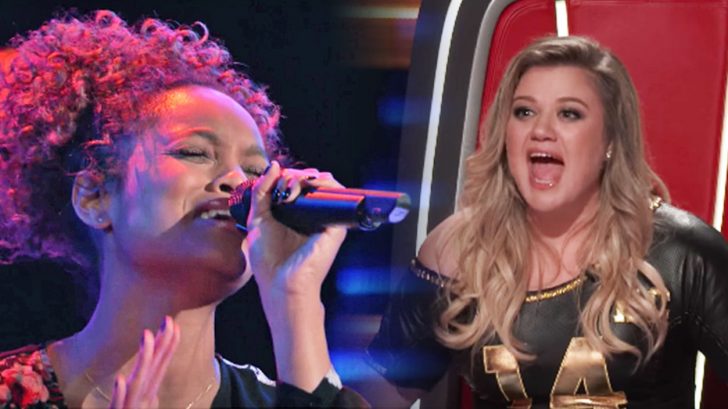 During Season 14 of The Voice, one singer stood out to us. Not only for her incredible vocals, but because of something she said to the coaches during her blind Audition.

One of the auditions was from a woman named Spensha Baker. She performed the Beatles’ classic “Blackbird,” but completely transformed it into something extremely unique.

She impressed all of the coaches, but only Blake Shelton and Kelly Clarkson pressed their buttons and turned for her – almost simultaneously. After getting to know Baker a little bit, Shelton finally asked her, “What kind of music do you want to pursue?”

“Country,” she said, without hesitation.

After Baker’s surprising confession that left Alicia Keys’ jaw on the floor.

Clarkson thought she had it in the bag because she is a soulful singer with country roots, just like Spensha!  She also explained that she had done country before and recently confessed to have recorded a couple country songs for future release.

Clarkson also revealed that she stood in line to get country singer Bryan White’s autograph at a Justin Boots store. Shelton quickly chimed in, “I don’t stand in line for country concerts, I put ’em on.”

He finished his pitch by saying, “I think you can make a difference that we need in country music. I would be honored to be your coach.”

This looked like a difficult decision for Baker, but in the end, we think she made the right choice. Watch the video below to find out which coach she picks.