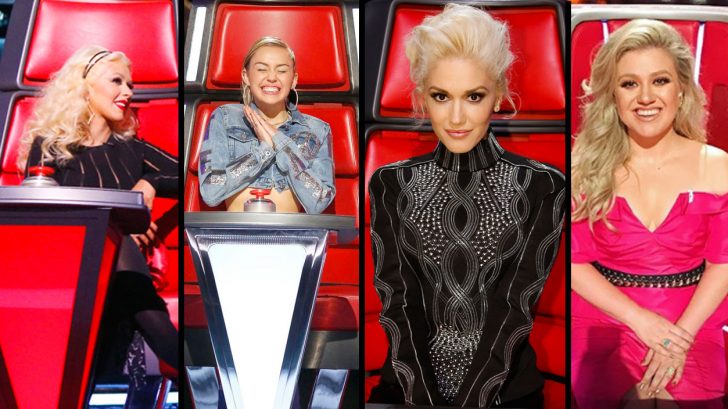 When The Voice premiered in 2011, it was a smash hit! Singers Blake Shelton, Adam Levine, Christina Aguilera, and CeeLo Green were the inaugural coaches that helped kick off a very successful franchise that is now in its seventh year, and 14th season.

Shelton and Levine have been coaches on every season, while the other two spots have been rotating almost since the beginning. The original four coaches stayed together for the first three seasons. Green and Aguilera were then replaced by Shakira and Usher for Season 4, but brought back for Season 5.

In a recent interview with Billboard, Aguilera opened up about her time on the show and if she’d ever go back. She is currently readying her first album in six years for a June 15 release, but sure had a lot to say about her gig from 2011 to 2016.

She referred to the singing competition show as an “energy sucker” that left her “longing for freedom.” After she’d come home from the set, “I would just take everything off — the makeup, all of it — and would blast hip-hop, or Nirvana, ‘Creep,’ Slayer. Anything like that to get me out of that zone, that TV mode,” she says.

Aguilera also compared the show to a “churning hamster wheel,” which is one of the reasons why she says she’s done with the show for good. Besides, she’s too busy now! Fresh off her just-released single “Accelerate,” she will be embarking on her first tour in ten years.

Success From ‘The Voice’

Although it now seems like she didn’t enjoy being on The Voice, she did get a few hits out of some of her collaborations during her time there. She teamed up with fellow coach Levine and his band Maroon 5 for the smash hit “Moves lIke Jagger” in 2011 and her “Just A Fool” duet with Shelton in 2012.

Are you disappointed by her comments on The Voice or her choice to not return as a coach? Let us know in the comments.