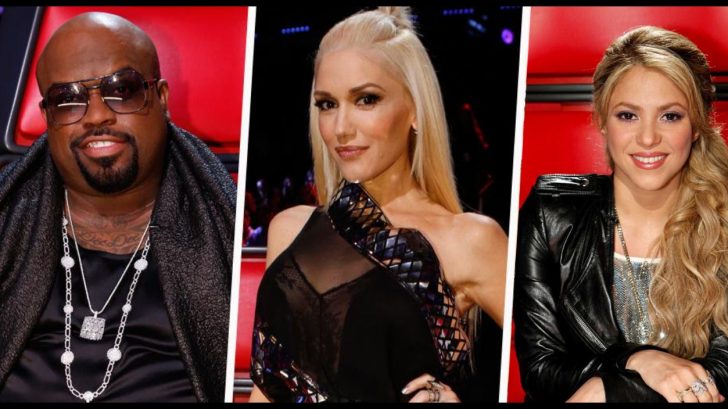 The newest season of The Voice is getting ready to take off – and for the 15th return during winter 2018, they have lined up a superstar series of both coaches and advisers that are sure to make things interesting!

The Voice coaches were announced back in May 2018, and in their amping up of anticipation for the newest season of this fire-hot television show, they’re leaking out who each coach has chosen as a special battle-round adviser!

Taking up the big four red chairs will be Blake Shelton, Adam Levine, Kelly Clarkson, and Jennifer Hudson. Each has won at least one ‘Voice’ trophy – so the competition should be a ton of fun to watch.

She sings, she Coaches and she makes an amazing pb & j! ? Presented by @Xfinity. #TheVoice pic.twitter.com/4qhNyjG7mW

The blind auditions are already taped and getting closer to airing every day, but the segment that follows is one of the most important in defining a team – and could make or break it.

Joining these four superstar performers for their training and prep sessions where teammates are put head-to-head will be four other musical superstars…and let’s just say there’s a whole lotta country going on!

CeeLo hasn’t been on the show in years and served as one of the very first coaches for its inaugural season. The last time CeeLo appeared on The Voice was in season eight and he served as the adviser for Blake’s winning team! So do you think this will give Adam an edge?

Jennifer Hudson, who’s already nabbed a trophy on The Voice UK, will be bringing in rising pop superstar Halsey for help fine-tuning her own team, and Blake Shelton (of course) has recruited a major country music superstar to help him find the next winner – Keith Urban!

Tonight on #ExtraTV: @IAMJHUD is back on @NBCTheVoice! We’re sitting down with her & advisor @halsey! pic.twitter.com/p3EYNcw9s5

It's official! @KeithUrban is headed to @NBCTheVoice to be an advisor to @blakeshelton — and Blake is calling his pal the "Thunder Down Under" on his team! https://t.co/QGTldJKZLR pic.twitter.com/Dwr7w9Evux

With all these talented folks in one room, there’s no doubt amazing things will happen during the 15th season of NBC’s The Voice!

Watch the video below when Shelton brought country crooner Trace Adkins onto his team for some wild and fun times.