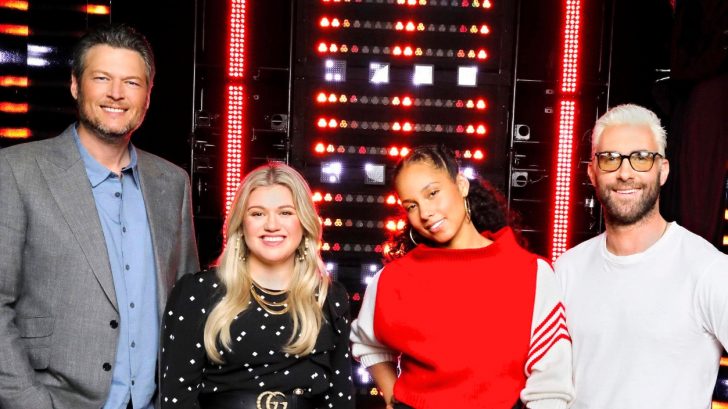 The Golden Globes not only kicked off awards season for film and television, but also for the music industry. The 61st Annual Grammy Awards will be held on February 10 and a familiar face was just announced as the host!

We have to admit – one of our all-time favorite shows to watch is The Voice. Not only do we get to watch incredible singers perform every week, we also have become huge fans of each of the coaches, even if they aren’t country singers!

A FOUR-CHAIR turn is just the beginning!Discuss tonight's The Voice episode with us below.???

Adam Levine and Blake Shelton have been staples of the show since its inception. Other coaches that have sat in the famous red chairs include Kelly Clarkson, Jennifer Hudson, CeeLo Green, Christina Aguilera, Gwen Stefani, Shakira, Alicia Keys, Usher, and now, John Legend.

It's going to be legendary. ?

It was revealed on Tuesday (Jan.15) that one of our favorite Voice coaches was selected to host the Grammy Awards this year, and it is none other than Alicia Keys!

Keys recorded herself getting a call from her manager, who asked her, “What would you say if I told you that you have a chance to host the whole damn thing?”

“Wait, what? Are you serious?” Keys asked him in disbelief. She started dancing in celebration and yelling, “Yeah!”

We will definitely tune in to watch Keys host, but also to see who will win in the country categories! Check out the country nominees below!

Although she isn’t nominated in any of the country categories, country singer Brandi Carlile is nominated in the all-genre Record of the Year and Song of the Year categories for her song “The Joke,” which was produced by Dave Cobb and Shooter Jennings.

Musgraves and Carlile represent country music in the all-genre Album of the Year category for Golden Hour and By The Way, I Forgive You, respectively, while newcomer Luke Combs is the lone country singer in the Best New Artist category.

Watch some of her best moments on The Voice below to get ready for her upcoming hosting duties!