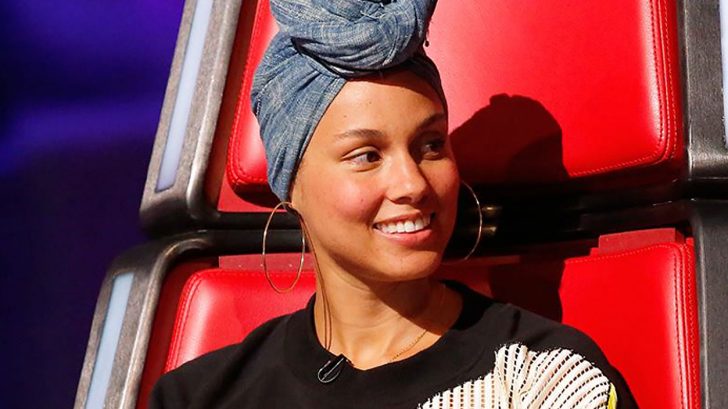 Without a doubt some of the best talent out there has been discovered on NBC’s show The Voice. Singers like Cassadee Pope, Danielle Bradbery, and Morgan Wallen are just a couple names in the list of talent the show has put into the spotlight. In addition to the contestants, the show also features extremely talented judges and it’s hard to tell which one is the best.

Former Voice judge, Alicia Keys was put on the spot and shared her thoughts on which judge she thought sings the best and which one sings the worst.

In a new episode of The Late Late Show with James Corden, she sits down with the hilarious talk show host for a game called “Spill Your Guts or Fill Your Guts.”

During the game, the two of them take turns asking each other a series of uncomfortable questions. They can choose to answer the question or decline and eat a mystery food item instead.

After getting Keys to reveal the most amount of money she and her husband have ever paid on a piece of art, Corden asks her to rank the singing skills of her former co-stars on the The Voice.

After it’s clear that this is a really awkward question for her, Corden says, “Either way this ends in a text message from someone.”

Check out the last additions to #TeamAdam heading into #TheVoice Knockouts! ?? Who’s your frontrunner?

Keys replies by saying one of the judges doesn’t have here number so she’ll name them last.

“Gwen Stefani is best, Adam Levine is second and Blake Shelton is the worst,” Keys blurts out.

Giddy-up, boys! ? The last of #TeamBlake are rolling into Knockouts. #TheVoice

You might disagree but either way the entire interaction is entertaining and it’s all in good fun. Watch it in the video below.