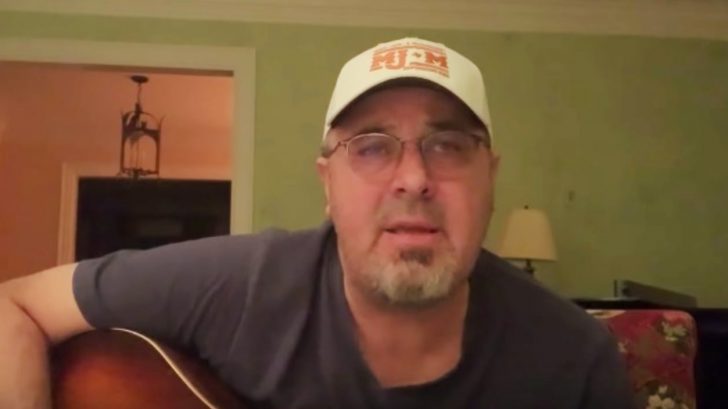 In 2020, country artists found new ways to entertain their fans and keep the music flowing. In late March, artists took to social media to share some songs that fans may not be familiar with, and it all started because of Tim McGraw.

“Who’s got cool songs they’ve always loved to play when they’re sitting around the house or when u were in high school or college?” McGraw asked in a post on Instagram. He said that for him, one such song is John Schneider’s “Take the Long Way Home.”

He then posted a video of himself covering the song and challenged three other artists to share their own performances. He dubbed this call-to-action the “Deep Cuts Challenge.”

Who’s got cool songs they’ve always loved to play when they’re sitting around the house or when u were in high school or college? Here’s one of my favs: @thejohnschneider’s Take the Long Way Home. @kennychesney, @jasonaldean, @bradpaisley I know you got something. See what ya can reach back and play for us.

The artists McGraw called on were Jason Aldean, Brad Paisley, and Kenny Chesney.

Paisley responded, and sang a Steve Wariner cover before challenging Darius Rucker to go next. Rucker fired back with a performance of a Foster and Lloyd tune before calling out a few other singers to follow his lead. The torch passed from Charles Kelley, to Russell Dickerson, on to Thomas Rhett, then Morgan Wallen.

Wallen challenged Luke Combs next, and he delivered a cover of Chris Stapleton‘s “What’re You Listening To?”

A few nights ago @morganwallen challenged me to the #DeepCutsChallenge. I decided to do “What’re You Listening To” by @chrisstapleton. This may not technically be a deep cut but it’s a song that didn’t get as much credit as I think it deserved. Chris, I’m sorry I messed up the bridge, don’t hate me. Hope y’all enjoy and I want to challenge @vincegillofficial to lay one down.

Combs then challenged Vince Gill to deliver his own “Deep Cuts” performance, and Gill was happy to oblige. He dug super deep for his performance, opting to sing “Last Dance At The Old Texas Moon,” which was written by Texas songwriter Bob McDill.

McDill retired from songwriting in 2000 after working in the music industry since 1967. Through the years he penned songs for country greats such as Don Williams, Waylon Jennings, and Keith Whitley. He is also known for writing Alan Jackson‘s hit tune “Gone Country.”

Singer Bobby Bare was a big fan of McDill’s work, and recorded a whole album of his songs titled Me and McDill. That album was released in 1977, but two years prior, Bare covered “Last Dance At The Old Texas Moon” for his record Cowboys and Daddys.

It’s a song not many country fans are familiar with, which made it the perfect choice for Gill to sing for the Deep Cuts Challenge. Watch his rendition of the song below.

Thanks @LukeCombs for the #DeepCutsChallenge nomination. It’s been fun watching everybody. Here’s a song Bob McDill wrote called “Last Dance At The Old Texas Moon.” Challenging @FaithHill next!