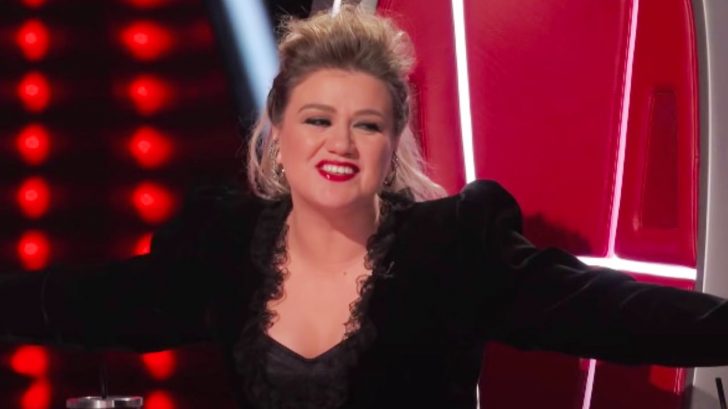 Those who tune in to watch the next episode of The Voice on March 29 won’t be greeted by the usual panel of coaches. Blake Shelton, John Legend, and Nick Jonas will all be there, but Kelly Clarkson will be noticeably missing.

Since the battles were filmed in advance (in January), The Voice went ahead and revealed that Clarkson won’t be present for the first round of performances. But where was she?

As the show shared in a preview clip on YouTube and social media, Clarkson was sick at the time they were filming the first few battles. She knew her chair couldn’t be left empty, so she called in a favor from a friend…Kelsea Ballerini.

The country music superstar has her fair share of prior experience on The Voice. She previously served as the show’s “fifth coach” as the leader of the Comeback Stage competition. Ballerini was also Clarkson’s team advisor in 2019.

After Clarkson called and asked if Ballerini could fill in for her, the “Hole in the Bottle” singer jumped at the chance. “when @kellyclarkson calls and asks you to keep her seat warm, you put all those years of being her super fan to work,” Ballerini said on Twitter.

when @kellyclarkson calls and asks you to keep her seat warm, you put all those years of being her super fan to work. thank you @johnlegend @nickjonas and ole pops @blakeshelton ? for making me feel like part of the @NBCTheVoice family. pic.twitter.com/Gst97bdhDU

Clarkson responded to Ballerini’s Tweet, saying she knew Team Kelly was “in great hands” with her as their temporary coach.

The video The Voice shared to explain Clarkson’s upcoming absence includes some clips of Ballerini during her time on the show. She proved she was more than capable of holding her own, and even teased Shelton just like Clarkson does!

“Hey Blake, have I ever told you that you look like my dad?” Ballerini can be heard joking with Shelton in one bit from the clip.

Tune in below to watch The Voice‘s video about Ballerini’s time as a temporary coach on the show. Since the battles were filmed months ago, Clarkson is feeling better now and will be back in her red chair before you know it!