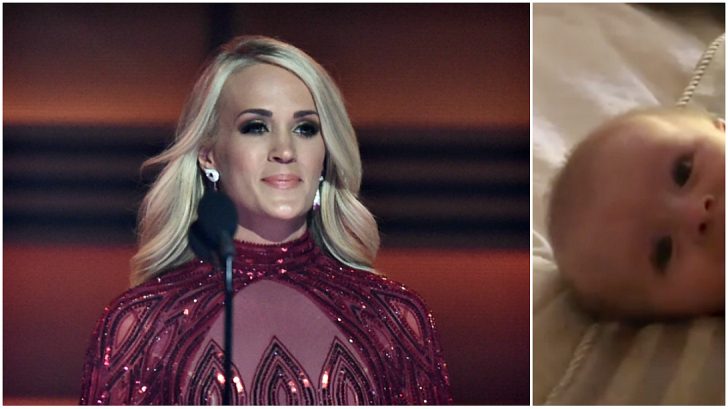 Carrie Underwood and her husband, Mike Fisher, welcomed their second son in late January. Until now, Underwood hasn’t shared many photos of baby Jacob. But, rumor had it that Jacob is the spitting image of his famous momma.

During a backstage interview at CMA Fest in Nashville, Carrie’s tour mates, country trio Runaway June, revealed that the 5-month-old looks just like his mom and we had to take her word for it.

Thanks to a new video posted by Carrie, fans can finally see for themselves that Jacob does indeed look exactly like her. In the video, little Jacob is laying on a bed as his dad sings Vince Gill’s “I Still Believe In You.” Jacob, seemingly unimpressed, cries as Mike sings. But, as soon as Carrie starts to sing, Jacob quiets down. The proud parents take turns singing, and each time Mike sings, Jacob cries. When Carrie starts to sing, Jacob settles down.

While the hilarious video had us watching over and over again, we couldn’t help but notice how much baby Jacob looks just like his mom. Do you see the resemblance?