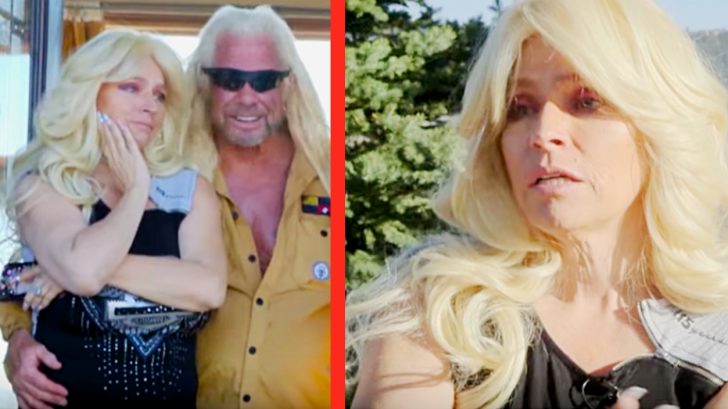 Following her final memorial this weekend in Colorado, the reality television star and world-famous bounty huntress received a beautiful tribute courtesy of the network she and husband Duane “Dog” Chapman were currently working with for the next installment in their story.

Their television partner, WGN America, previously put together a short – but meaningful tribute video in the day after her passing on June 26th, 2019, but this new video shows a whole other side to Beth Chapman in her final months.

Love you all and thank you very much for the support you have been giving for Beth. We have tentatively scheduled July 13 in Denver to tuck her in, tell her goodnight, for she sleepeth. More details will follow… time, place, ect.

Dog Chapman and his wife Beth carved out their own niche in the world of reality television programming and have amassed quite the fan base. Even after their 8-year run on A&E came to a close, folks wanted to see more of this iconic pair in action, and CMT inked a spin-off deal with them for a series called Dog and Beth: On the Hunt!

In this poignant video, Beth Chapman talks openly about her expectations for what’s to come and how she is trying to enjoy every single moment with her family until the end comes – and while it can be hard to watch, it was her fierce connection with reality and the beauty of life that allowed her to be so grounded in a deeply difficult time in her life.

“I think that everything is a milestone, you know?” Beth said in the opening of this tribute. “Every milestone that you meet you’re like ‘Yes, I made it to Mother’s Day – I made it to Easter’.”

The video, set to a song from one of her close and dear friends, Wynonna Judd, is a reminder of the bright beautiful soul that Beth had – and how she gave love endlessly, to everyone in her life.

“We’re just living every day as much as we can – to the fullest that we can,” she continued, her voice strained with emotion. “And trying to hit every milestone that we can. We’re just gonna have fun and love each other and laugh all the way. And when it ends…it ends.”

Watch the beautiful tribute for Beth Chapman and her final, loving months with her family below.