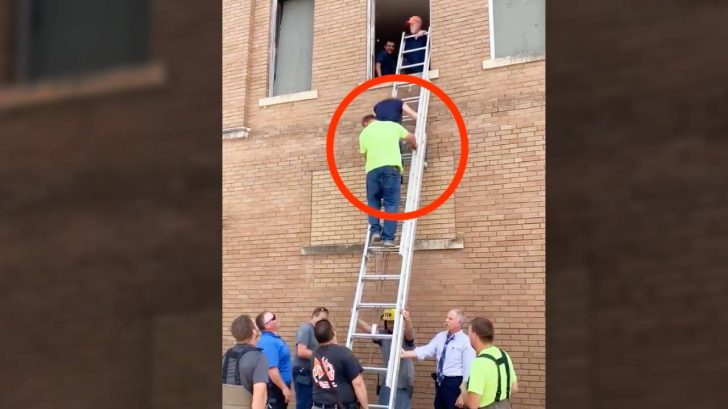 Reba McEntire and her boyfriend, actor Rex Linn, were in Atoka, Oklahoma touring a historic building for an upcoming project of hers when the unthinkable happened.

They were on the second floor when the stairs leading up to the third floor completely collapsed, taking out the stairs below out with them. Fire crews were called to the 100-year-old building to rescue McEntire and the seven people with her, including Linn.

KTEN news anchor Lisanne Anderson tweeted a video of the rescue, when the fire crew helped McEntire out of the second story window and down a large ladder. She and the rest of her party made it safely.

Close call for @reba in Atoka, Oklahoma Tuesday (9/14/21) Sure glad she and boyfriend Rex Linn are ok!
While touring an old building, a staircase collapsed. They were among seven people inside. Atoka’s finest came to the rescue.
No one hurt, just some bumps and bruises. pic.twitter.com/ppLhQOLDuA

Another person trapped in the building with McEntire, told News 12 that the stairs felt weak when walking up to the second floor, but they didn’t realize just how weak they were. One person was taken to the local hospital with minor injuries, but everyone else got out of the incident unscathed.

See the full news coverage in the tweet below.

Video of Reba's rescue today in Atoka. Look how cute she looks climbing down the ladder. pic.twitter.com/fUwoERDCyI