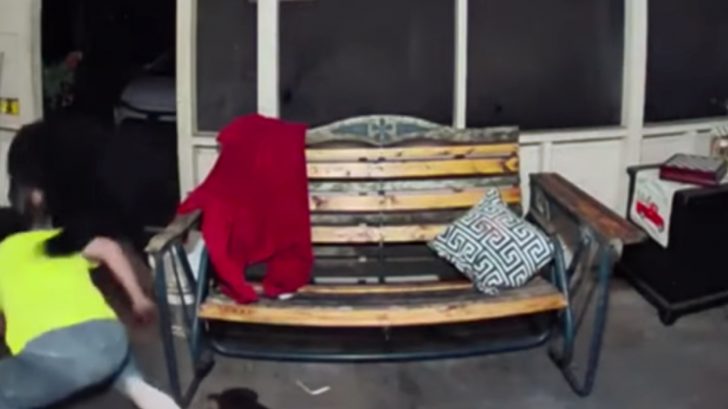 Bears are apparently on an attack streak in Florida because this is the second person in the Sunshine State that’s been attacked by a black bear in the last week.

The first person that was attacked was a woman living in DeBary, Florida who was walking two of her dogs in her driveway when she was charged at and injured by a black bear.

Now, just recently, a man living in Daytona Beach, Florida was filmed on his home security camera on his front porch defending his pets from an aggressive black bear.

The video showed the man on the front porch at night with his three dogs when the encounter happened. It was a fenced-in porched, however, it didn’t have a door on it, only a baby gate that kept the dogs from getting out, and the bear just smashed through that.

The black bear aggressively smashed through the baby gate trying to go after one of the dogs. However, the pet owner Walter Hickox was watching it all go down and instinctually jumped in the way of the bear and shielded his pets from the attack.

“Not a lot went through my head at the moment, other than what’s going to happen if he gets past me and into the house where the rest of my dogs and my wife was at,” Walter told WFTV.

Walter was able to keep the bear from entering the home by pushing it back out the doorway. It then ran back into the woods.

His arm and back were bitten and scratched by the bear during the scuffle and his wife released photos and a public statement asking for help for his medical expenses.

“My husband was attacked by a black bear! Please help with his hospital bills and series of rabies shots,” she wrote on Instagram.

They have a GoFundMe page where they are trying to raise $2000 and so far they have raised $200. Watch the video of the attack below and then click here to get the full story on the first bear attack with the woman and her dogs.

Watch The Bear Attack Video Below