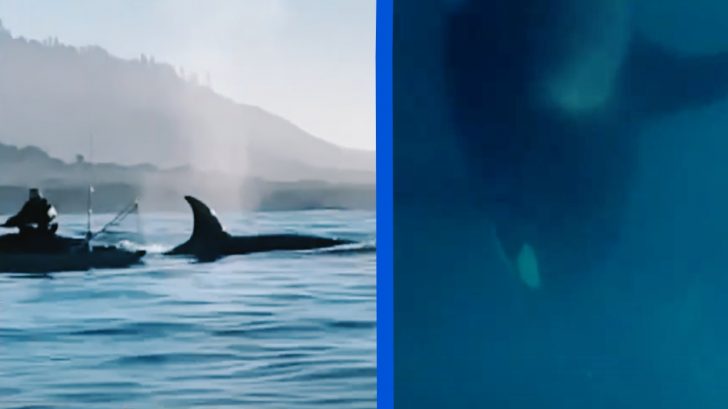 Erik Martinez and his buddy Tyler Jackson from Elk Grove went kayaking off the coast of Sonoma County, California, and found themselves surrounded by a pod of killer whales.

The two decided that they were going to do some rock cod fishing over the Thanksgiving weekend so they grabbed all their gear and drove over to Jenner, California. They got their kayaks in the water, paddled out, and within 30 minutes the pod of killer whales appeared.

“They were coming up just a few feet away and you could just look them in the eye. It was kind of a crazy experience,” Tyler told CBS Sacramento.

Apparently, they had just killed a seal in the area and when they saw the kayaks they swam over to investigate. Fortunately for Erik and Tyler, the killer whales were not interested in eating them and were just there to observe.

“A killer whale just has that first name, you know, and that kind of sits inside as you watch it go by. And you know what that thing can do,” Erik added.

CBS Sacramento showed the GoPro video on YouTube and did an interview with the two men who explained what the experience was like for them. Take a look at that below.