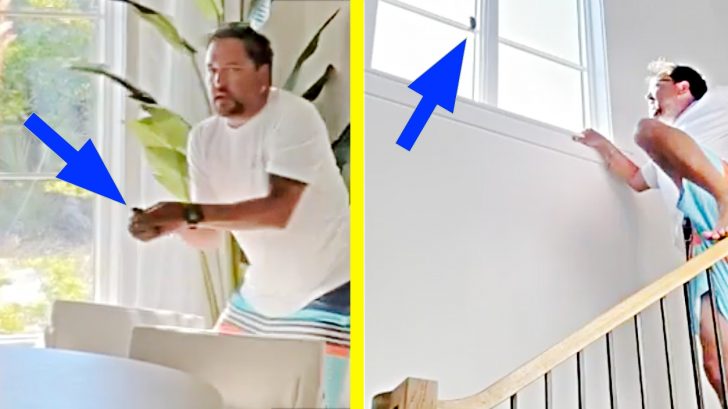 The Aldean family is living the “beach life” at their Florida beach house. Taking long walks, sitting on the sandy beaches, and enjoying the sounds of the waves crashing, the Aldean clan seem as though they are enjoying every minute.

However, in a video posted to Jason’s Instagram account on April 30, 2020, the crew had a little more excitement than usual. There were multiple birds stuck inside their home and flying around everywhere. Jason was less than excited about the birds invading his space and didn’t hold back his feelings.

You can hear Jason’s wife Brittany at the start of the video saying, “Jase, there is so many birds in our house,” as she shows at least two or three birds flying around the room.

Brittany can be heard giggling in the background.

“Ahhh sh*t,” Jason exhales as their little son Memphis mimics his dad, repeating his statement, as Brittany and Jason giggle at him.

Memphis continues in his sweet little toddler voice, “The birds..so..fly in here.”

Jason’s first plan of action is to try to have a chat with the birds, calmly explaining to them they need to get their friends and go outside, as he shows them the way.

After the chat fails to work, Jason starts to go through the house and catch the birds one by one. He was able to catch most of them by hand and then gently release them out the back door to fly away.

One bird though, made it more difficult by perching itself on a window ledge in a stairway that wasn’t quite in arms reach for Jason.  At first, Jason puts his feet on the stair rail to attempt and climb up to the bird before Brittany quickly warns him to be careful.

Brittany goes to find a small net that appears as though it could be one of the kid’s toys. Jason gently captures the last bird and lets both the kids pet it on the head before releasing it. Jason walks to the backdoor, opens his hand, and the bird flies off to freedom.

Such a hilarious and memorable moment!

Watch the video in its entirety below.