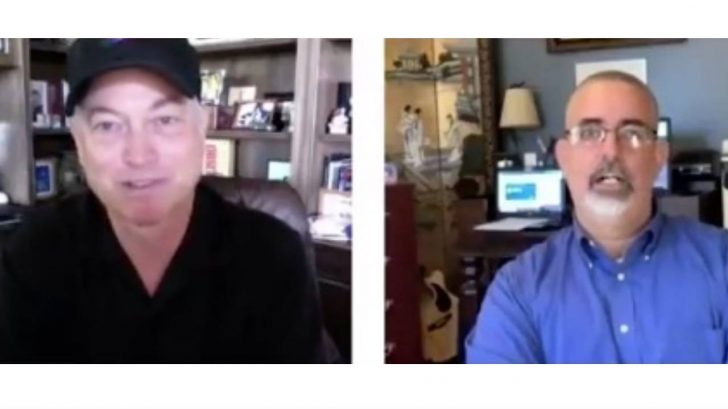 For many years, actor Gary Sinise has dedicated a lot of his time to support the men and women who protect our country. He admitted during an appearance on the short-lived talk show Pickler & Ben that he began working in support of Vietnam veterans back in the 80s in Chicago.

In 2004, he formed the Lt. Dan Band, a nod to his Forrest Gump character Lieutenant Dan Taylor, where he and his bandmates travel around the world at USO shows to entertain troops and raise money for disabled veterans.

In 2011, he started the Gary Sinise Foundation, which supports active-duty service members and veterans, first responders, their families, and caregivers among others in need.

Sinise received a video from celebrities, heroes from the military, first responders, Medal of Honor recipients, Gold Star families and the USO in 2018 expressing their gratitude to Sinise for all he does. His biggest reaction was when his Forrest Gump co-star Tom Hanks turned around and exclaimed, “Thanks Lieutenant Dan!”

On Veteran’s Day 2020, Sinise is once again paying it forward to the veterans of our country.

He partnered with Veterans United Home Loans for their “Make It Mean More” initiative, which will help pay off the mortgages of some of our nation’s veterans. In the announcement on Wednesday (Nov. 11), the company said that every time someone tweets “Thank you for your service,” they will donate $25 towards paying off veterans’ mortgages.

“Together we can repay the debts of those we are forever indebted to,” the video announcement said.

This #VeteransDay, we’re using your “thank you for your service” tweets to pay off Veterans’ homes. Because saying thank you is great, but together we can #MakeItMeanMore. Stay tuned as we deliver the news to our #Veterans today & learn more at https://t.co/0p5L8zG9Ww. pic.twitter.com/vumkJjS1Re

As of 10AM Pacific time, Veterans United had already raised almost $1.5 million!

#MakeItMeanMore Update:
We're only halfway through #VeteransDay and your tweets have already raised nearly $1.5 MILLION to pay off #Veterans’ homes! We're ready to give even more so keep those "thank you for your service" tweets coming! pic.twitter.com/MABF1hgcvX

Veterans United had different celebrities who are known for supporting veterans to help deliver the news.

Sinise told him, “We wanted to do something special on Veteran’s Day for one of our great veterans today, so I get to be the messenger to tell you that you’re gonna get your entire mortgage and your load paid off by Veterans United.”

The moment those words left Sinise’s mouth, Bill’s jaw dropped. He was in complete disbelief that he actually clarified with Sinise that the surprise was actually for him because he felt he didn’t deserve it.

Bill revealed his son is severely autistic and the loan payoff will really help his family out trying to give him the resources he needs.

Bill, we can’t say thank you enough for all you’ve done for this country. So on behalf of thousands of grateful Americans, instead of just saying thank you, we’re paying off your mortgage. And we thought we might as well get @GarySinise to deliver the news! #MakeItMeanMore pic.twitter.com/JcpqN1xnDf