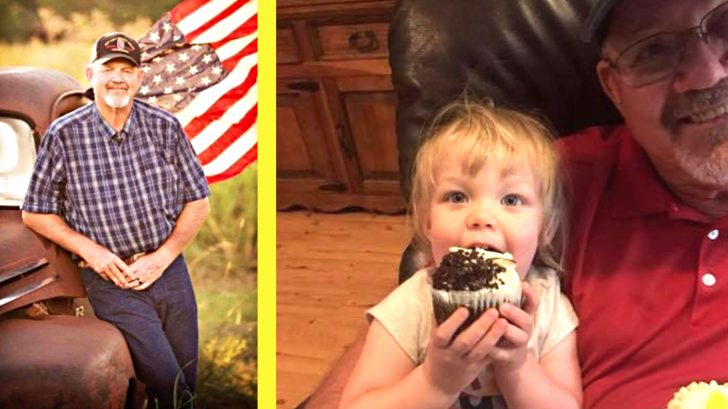 A residential explosion that completely leveled a home on September 19th, 2019 has killed an Oklahoma veteran who gave up his life rescuing his three-year-old granddaughter from the crumbling house.

“My dad said to her basically he knew he was going to die and to save Paetyn,” the young girl’s father, Brendon O’Steen, told USA Today.

He said that his dad, Don O’Steen, had fought his way through a collapsing roof, broken glass, and fire to save his young daughter, Paetyn. As Don’s wife, Anita O’Steen, pulled up to the driveway, Don and Paetyn were exiting the damaged home.

The mid-September incident occurred when Don O’Steen, a Purple Heart recipient, had returned home with his granddaughter and went to light a candle. At that very instant, the flame ignited what authorities believe to be a gas leak – and created a massive explosion that tore through the house.

“He was super humble,” Brendon added. “No matter what it was, it was never putting himself first. He was always wanting to help somebody else.”

Both Don O’Steen and Paetyn were rushed to the emergency room in critical condition. Don was burned over 80% of his body, suffered broken ribs and a collapsed lung. His granddaughter was also severely burned and had to be placed on a breathing machine.

Our beautiful Paetyn is healing up wonderfully ??. We know all of the prayers are making a difference. Can’t wait to see…

On September 27th, Brendon shared an update about Paetyn, saying that she was moved out of the PICU and into her own room on the pediatric floor of the hospital. He says that the doctors are waiting to see how much of her body has healed by Thursday, October 3rd, 2019. Anything remaining unhealed will be considered for a skin grafting procedure.

Our thoughts and prayers are with this family in a time of great loss. If you’d like to donate to help them with medical and funeral expenses, a GoFundMe page has been set up.