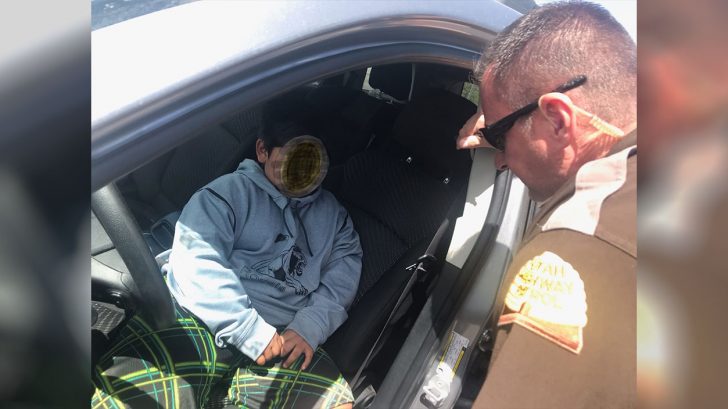 Imagine the surprise that Utah State Trooper Rick Morgan received when he pulled over a vehicle on the freeway only to find a 5-year-old boy driving.

According to a Twitter post by the Utah Highway Patrol, the young boy left home after an argument with his Mom, in which she told him she would not buy him a Lamborghini. He decided he’d take his parent’s car, his $3 in savings, drive to California, and purchase one himself.

His story is that he left home after an argument with Mom, in which she told him she would not buy him a Lamborghini. He decided he'd take the car and go to California to buy one himself. He might have been short on the purchase amount, as he only had $3 dollars in his wallet.

The boy made it two miles before he was pulled over. Officer Morgan told multiple news outlets afterwards,

“I approached the vehicle and I was expecting to find somebody who needed an ambulance or paramedics. It was pretty clear when the window came down it was a young, very underage driver.”

Morgan then added in a very surprised tone,

“I was not expecting to find what I found.”

The boy’s parents were immediately contacted and took custody of their son and their vehicle. Thankfully no one was injured.

In the state of Utah, one is able to obtain a learners permit at 15 and legally allowed to get a drivers license at 17, so this little boy has a few years to go before he can drive his future Lamborghini.

Watch the video interview with State Trooper Rick Morgan below.