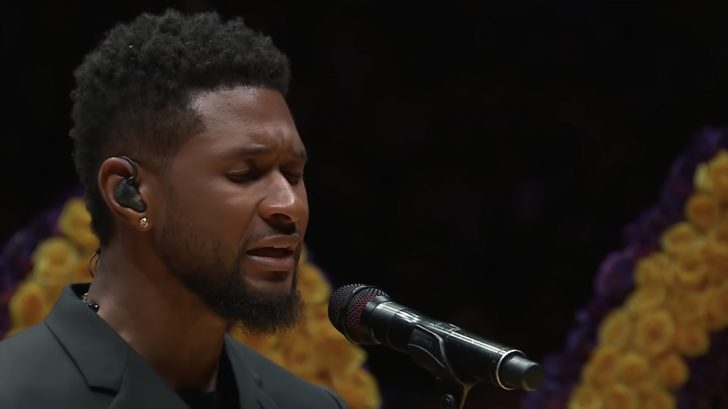 Less than a week after the tragic death of NBA legend Kobe Bryant, his daughter Gianna, and 7 others, the LA Lakers paid tribute with an emotional pre-game ceremony. Kobe Bryant played his entire NBA career for the Lakers, so it was only fitting that the team honor him during their first home game since his death.

A six-minute video tribute followed and included clips highlighting Bryant’s career accomplishments such as him being drafted to the NBA at the age of 17, winning NBA Championships, receiving Olympic gold medals, and more. Los Angeles Philharmonic cellist Ben Hong accompanied the video live at center court.

Boyz II Men then delivered an a cappella performance of “The Star-Spangled Banner” that brought NBA great LeBron James and others to tears.

The tribute continued during halftime when Wiz Khalifa and Charlie Puth sang “See You Again,” their 2015 hit that has become a tribute anthem of sorts for Bryant. Fans of the basketball player have created videos honoring him using the song as they post tributes to him.

“To the late Kobe Bryant,” Khalifa said during the performance. “Peace and blessing to his entire family. His legacy is gonna be remembered. We love you Kobe.”

41-year-old Kobe Bryant, his daughter, and seven others died Sunday, January 6, when the helicopter they were traveling in crashed into a hillside in Calabasas, California. All aboard the helicopter were en route to a basketball tournament.

See Khalifa and Puth perform “See You Again” in honor of Kobe Bryant, Gianna Bryant, and the seven others that