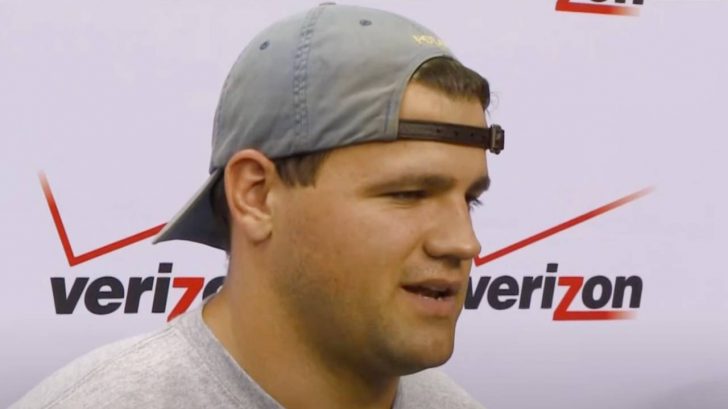 On January 5th, it was reported that former NFL player Peyton Hillis was in the ICU after saving his children and two other adults from drowning.

Peyton Hillis’ uncle posted this on Facebook and @OtisKirk23 brought it to my attention. #WPS pic.twitter.com/jYRvQPGAXF

That same day, Hillis’ uncle revealed that his nephew was having problems with his kidneys and lungs, “but doctors say he is improving.”

Peyton Hillis was raised in Conway, Arkansas, where he was a standout athlete. He was named Best High School Football Player in the state and was considered the best fullback in the nation.

Hillis attended college at the University of Arkansas where he tied the SEC freshman touchdown record. As a senior in 2007, Hillis set a program single-season record for running backs. His career 118 catches set a U of A school record for receptions by a running back.

Peyton was drafted by the Denver Broncos in 2008. Two years later he was traded to Cleveland where he saw his greatest professional success.

Remember that time Peyton Hillis rumbled for 184 yards to lead the @Browns past the Patriots? pic.twitter.com/PLwIYlU2XG

He was skilled enough to be chosen to cover the 2011 cover of the video game Madden 12.

Thinking about our man @thepeytonhillis. Encouraged to learn he's doing better after his heroic act saving his family.

While he is making improvements in some areas, Peyton still needs prayers.

Pig Trail Nation reports, “As of Sunday morning prayers were asked for as some additional issues with his kidneys is cause for concern…Peyton is battling and definitely needs as many prayers as he can get. Initially the lungs and kidneys were the main issues. But the source said this morning his kidneys are a great concern now.”

A prayer vigil was held for Hillis at Shiloh Christian School, where he coaches, on Sunday night (Jan 8).

We are sending our prayers to Hillis and his family.