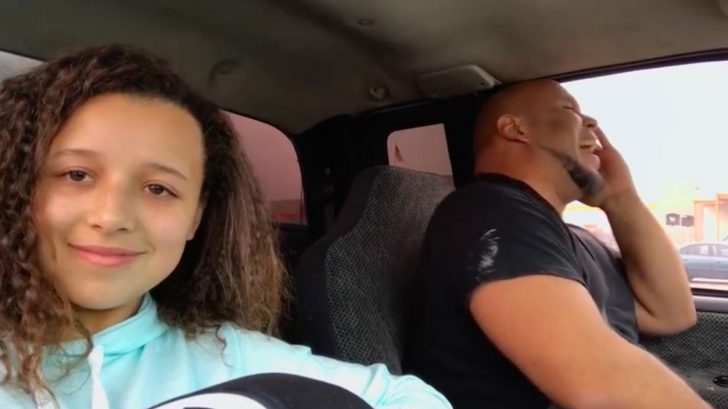 In 2015, Chris Stapleton‘s career skyrocketed after winning nearly every major award at the CMA Awards and delivering a jaw-dropping performance of the George Jones classic, “Tennessee Whiskey.” Within two days, Stapleton’s cover sat atop the Billboard country charts. Within five months, the tune was certified platinum.

Ever since Chris Stapleton introduced a new generation to the classic, many have covered the tune. But, we dare say that none have done it as well as Kris Jones, an unsuspecting dad who was caught on tape by his 15-year old daughter.

In the video, posted to Facebook by his wife, Jones is driving while his daughter sits in the passenger seat. As the camera starts rolling, Jones starts singing, and we can’t stop listening. The dad’s smooth, soulful voice escalates as the song progresses. The only thing better than his voice is his daughter’s obvious delight with hearing her dad sing.

Nearly 2 million people have viewed the original video of Kris Jones singing “Tennessee Whiskey,” gaining him an instant following. His wife, Destinie Jones, has posted several more videos in recent days and all are just as impressive as the first.

Watch Kris Jones sing “Tennessee Whiskey” in the video below. Then check out his new fan page to see more by clicking here.