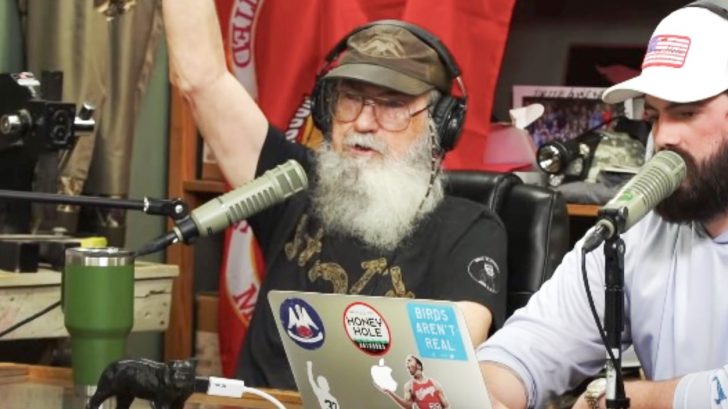 Uncle Si of Duck Dynasty gave his family quite the scare when he contracted COVID-19. His co-hosts on the Duck Call Room podcast revealed his diagnosis on their February 4, 2021 episode:

“Si went to the hospital (under protest, of course),” reads the description of the podcast on YouTube. “We knew something had to be wrong when he was quiet and wouldn’t laugh or smile. He was diagnosed with COVID-19, drove everyone at the hospital nuts, came home, and took a turn for the worse.”

But Si thankfully recovered, though he had to be on oxygen for a little while. Uncle Si’s nephew, Willie Robertson, later shared the family wasn’t sure Si was going to pull through after contracting COVID-19:

“For Si, he’s had health problems, he’s had open heart surgery, even some breathing issues, and so we really panicked,” Willie said on an episode of his family’s Facebook Watch show At Home with the Robertsons.

Willie went on to say that even Si felt like COVID-19 was going to “end” him:

“[Si] shared with us, he thought it was the end. Were it not for members of the family really being with him and encouraging him, I’m not sure he would have made it.”

Although Uncle Si has been doing better over the past few months, he’s in need of a pretty major operation. On Tuesday (June 14), Si shared he has been approved for lung surgery:

“I had some tests in Houston,” Si wrote in an announcement on social media. “There are a few more things we have to do, but it looks like I’m approved for lung surgery. Then I’ll be able to talk your ears off with even more stories, all guaranteed to be 95% true!“

74-year-old Si opened up about his upcoming operation in episode 138 of the Duck Call Room podcast. The description under the podcast’s video on YouTube reads, “Si is gearing up for lung surgery, and he’s absolutely fascinated by the procedure.”

You can watch Si talk about his upcoming surgery in the video below. We’ll be keeping him in our prayers!